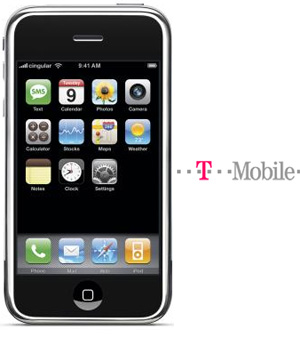 Deutsche Telekom AG had earlier insisted that customers should take out a service contract once they purchase Apple’s popular and controversial iPhone. This was further barred by a German Court. And now in the latest development, Deutsche Telekom AG has appealed against the ruling, reported Bloomberg.

Deutsche Telekom’s T-Mobile unit has issued an appeal to the Regional Court of Hamburg against a preliminary order won by Vodafone Group Plc, court spokeswoman Sabine Westphalen told Bloomberg. Further on, a hearing is slated to take place on Nov. 29th.

Between the two sides of the sword, Vodafone won the injunction that bans T-Mobile from selling the iPhone only with two-year contracts or with software that works only and only on T-Mobile’s network.

On the basis of the initial ruling, T-Mobile stated that it would incur a 999 euros ($1,477) charge for the device without a two- year exclusive contract. All the same, the original 399-euro offer with a contract attached remains valid.