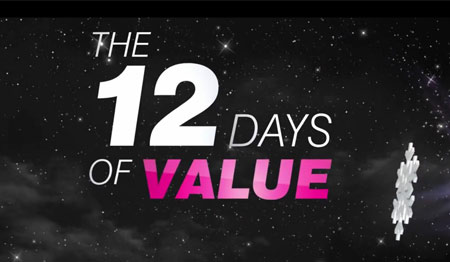 The T-Mobile 12 Days of Value promotion is all set to grant customers in the US some rewarding offers for the days to come. Two different deals can be availed of by them, with customers of both being eligible to lots of savings on purchases of smartphones offered by the network provider. Those interested will need to visit the nearest outlets of the carrier before the deal ends on December 12.

The first deal among the two is offering select 4G-enabled smartphones for just $12 down. Buyers will need to purchase these devices with new 2 year agreements along with qualifying voice and data plans. Following this, they will be required to keep paying $20 each month for a total of 20 months in order to complete the process. The Nokia Lumia 810 is one of the highlights of this proposition. Others include the LG Optimus L9, myTouch 2, myTouch Q2, Samsung Gravity Smart and Huawei Prism. 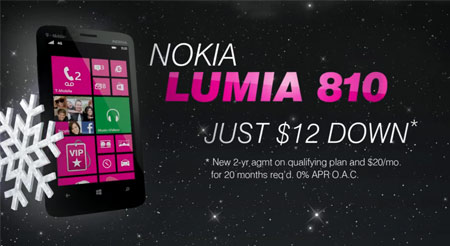 Furthermore, the T-Mobile 12 Days of Value promotion extends to one more interesting bargain. The carrier will be giving $120 back on select 4G superphones if buyers are ready to trade in a qualifying smartphone that they own already. And with this deal too, a new two-year allegiance to the network provider is necessary to be signed. The list of devices that can be traded in has been revealed as well.

HTC’s range of products that qualify for the plan includes the Sensation, Amaze One S, HD2, HD7 and Radar. And as far as Samsung is concerned, the Galaxy S, Galaxy S2, Galaxy S3, Galaxy Exhibit 4G and Vibrant are exchangeable as well. Others include the Motorola Defy, Nokia Lumia 710, G2, G2x, myTouch 4G, myTouch 4G Slide and Sidekick 4G. 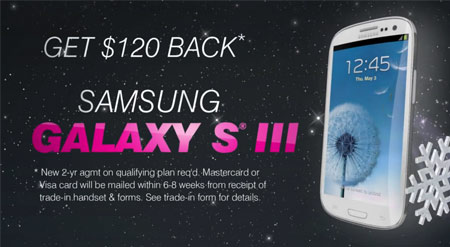 As mentioned above, the T-Mobile 12 Days of Value promotion is slated to run only through December 12, 2012.