Android One has mostly been an India-only program since its launch, but with the Symphony roar A50, Bangladesh is the newest beneficiary of Google’s initiative. This new smartphone stays true to the guidelines set by the search giant with an aim of presenting buyers the pure Android experience at the lowest possible price.

8700 BDT is how much interested parties will need to shell out in order to buy the Symphony roar A50. That amount translates to around Rs 7000 which is slightly more than what Android One devices by Micromax, Karbonn and Spice in India are asking for. 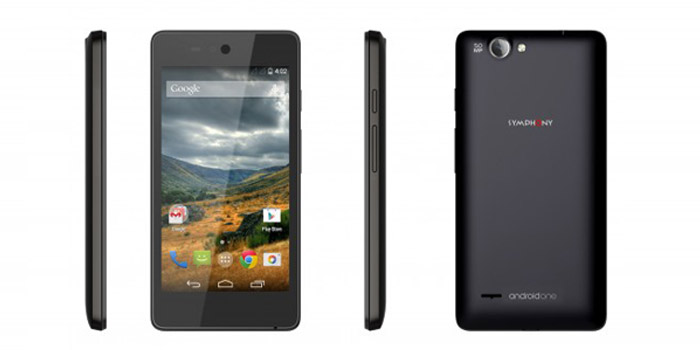 The roar A50 has similar specs to those of the above mentioned handsets, but there are two slight improvements as well. Instead of a 4GB storage module, this phone features 8GB of internal space, while it ditches the 1700mAh battery to go for a 1780mAh power pack.

Also Read: Next-gen Android One smartphones set to arrive in Q1 of 2015

Symphony has kept the other components unchanged, thereby abiding by the Android One reference blueprint released by Google. So you’ll still be getting a 4.5-inch 854 x 480 pixel display, a 1.3GHz quad core processor, 1GB of RAM, a 5MP camera and other low-end specs.

Here’s a good look at the specs of the Symphony roar A50:

As revealed by GSM Arena, the availability details of the Symphony roar A50 are vague at the moment, but it has indeed been listed on its maker’s official site.