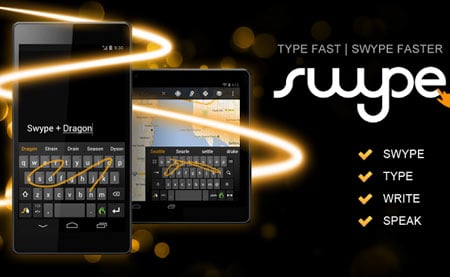 Nuance has announced that its Swype keyboard for Android has moved out of the beta stage and a fully-functioning version of the application is available for purchase through the Google Play store. However, the pre-release program is still alive and kicking and the company states that interested users who won’t mind testing out unstable releases with the high possibility of bugs, can sign up through the official forum.

For those who aren’t aware, the application is designed for smartphones and tablets and it allows users to input words by simply tapping, gliding their fingers, verbally dictating them and scribbling down letters, numbers as well as symbols. The tool automatically updates itself with words and phrases frequently used. And by providing permission for connected services, it will be able to deliver predictions of words that are trending globally through crowdsourcing. 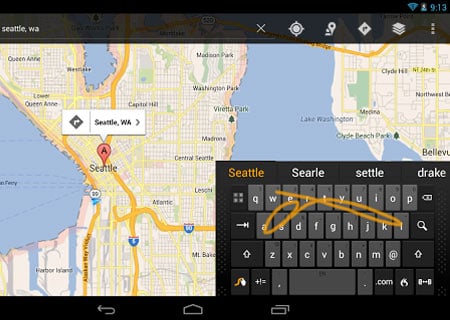 The company’s Dragon Mobile Assistant now supports integration into the application. So if both tools are installed on a device, users will be able to access the service straight from the keyboard through a simple gesture input. The app is currently compatible with 60 languages and 20 dialects which are available as separate downloads. What’s more, certain actions like copy, paste and so on, can be carried out through gestures for a more intuitive experience.

For tablets, the application offers 3 modes. First is the original one, while the second option is a small and compact keyboard that can be moved around. In the last choice, the keypad is split for quick access to letters. Maintaining a dictionary on multiple devices is easy as there’s a Backup and Sync option pre-loaded.

Where competition is concerned, the application will go head-to-head with the pre-loaded gesture typing capabilities that are bundled with Android Jelly Bean. Additionally, SwiftKey 4 seems to be on the top of its game with the latest release bringing accurate predictions, high language support and a host of rich features. 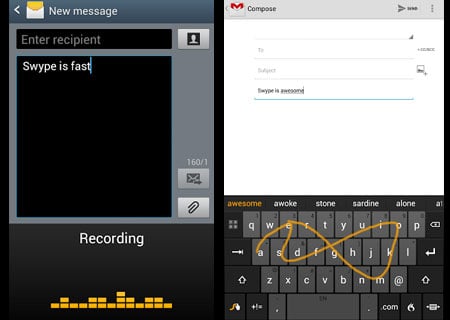 The Swype application supports devices running Android 2.2 and above and it can be acquired in 2 versions. For those who wish to try out its capabilities before deciding on making a purchase of $0.99, the company is offering a trial option that is valid for a period of 30 days. Beta testers are advised to update to the application to the latest release as version 1.4.9 will expire on September 14, 2013.