Swipe Tab All in One price splashed out 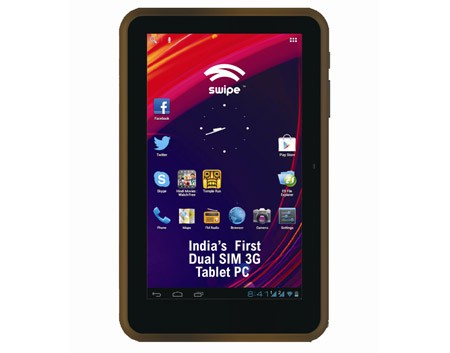 The Swipe Tab All in One has been launched in India and its price has been set by the Canada-based company at Rs. 11,999. The device, which is claimed to be the country’s first ever dual SIM 3G tablet, comes with a 7-inch TFT LCD full high definition capacitive touch screen with a 5 point multi-touch surface.

The dual SIM attributes of the new gadget are aimed at those wishing to go for the optimal service plans based on two aspects – calling and data usage. It runs Google’s Android Ice Cream Sandwich OS, and is highlighted by its 7-inch TFT LCD full HD screen which is said to offer resolutions of up to 1028 x 768. 1GB of DDR3 RAM has also been packed into it.

The new tablet even features a 2MP camera on its rear, while a 1.3MP snapper has been fitted to its front. Apart from this, essentials like an FM receiver and transmitter, a G-sensor, GPS, accelerometer, Flash support 11.1, Olive Office Premium, eBook reader and audio recording form part of the device as well. Its connectivity options comprise built-in Wi-Fi 802.11 b/g/n and Bluetooth 3.0. Moreover, an in-built GPS voice-based navigation system also makes its way into the tablet. 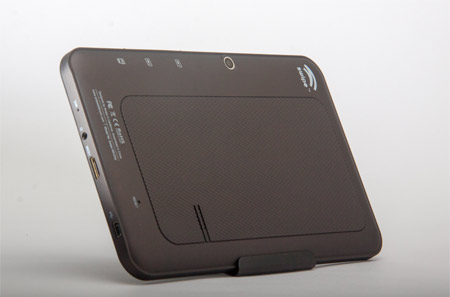 As far as its storage capacity is concerned, the Swipe All in One comes with 8GB of in-built memory which is extendable till up to 32GB via a microSD card. Lastly, the 3G tablet bears a 4000mAh battery that is claimed by its maker to ‘last for hours.’ This device will be sold in India at Rs. 11,999. Its availability status hasn’t been mentioned by the company.