The Swipe Sense is the second smartphone from an Indian OEM to go official with a fingerprint reader and it’s the more affordable of two. The handset has been launched at just Rs 9999 and it runs on Android 4.4 KitKat out of the box.

The other device which offers a fingerprint reader is the iberry Auxus Note 5.5, a mid-range release priced at Rs 13999. What’s interesting is that this handset and the Swipe Sense look identical, but offer different specs. It looks like both companies and even China’s Elephone have sourced their hardware from the same OEM, resulting in indistinguishable designs. 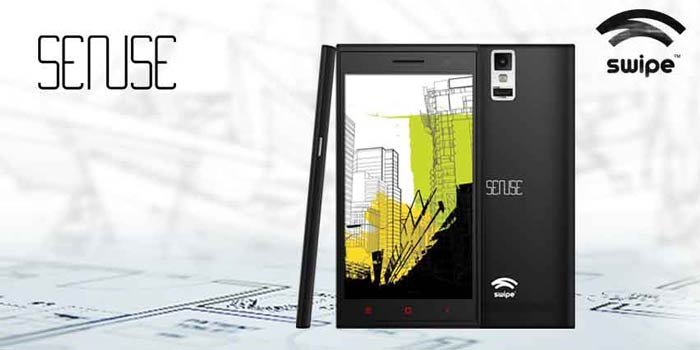 The Sense however, is more of an entry-level phone as it kicks in a 5.5-inch qHD 960 x 540 pixel IPS panel. The handset has quite an eye-catching design that’s 7.8mm thick and it weighs around 158 grams. The fingerprint sensor isn’t just for unlocking your phone. The company notes that you can assign it to launch specific apps by binding them to each finger.

And with Android 4.4 KitKat running the show, you get an Always On mode which allows you to carry out certain commands via simple gesture swipes. And if you’re concerned about battery life, the 2250mAh cell should last an entire day. If not, there’s a spare battery included in the box for free. 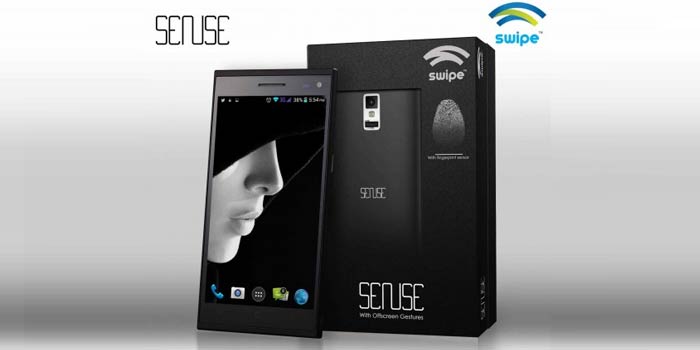 Here’s a quick look at the Swipe Sense specs:

The Swipe Sense is currently available for purchase through the company’s website.