Swipe and MTV have been partnering over various devices for the Indian market now and again. This time, it’s the MTV Slash 4X budget-friendly Android tablet. The actual price of this latest one in the Slash series is Rs 9,999. But you can grab it from eBay for Rs 8,990 (link posted below) as part of a special limited time offer.

There’s not much to say about the Slash 4X in terms of hardware. It’s a 7-inch tablet with a 1024 x 600p resolution IPS touchscreen and a 1.3GHz quad core MediaTek processor at its heart. The Android Jelly Bean 4.2.2 OS powers it along with 1GB of RAM and a 3000mAh battery. There’s no mention of the amount of talk time you can squeeze out of the battery between charges. 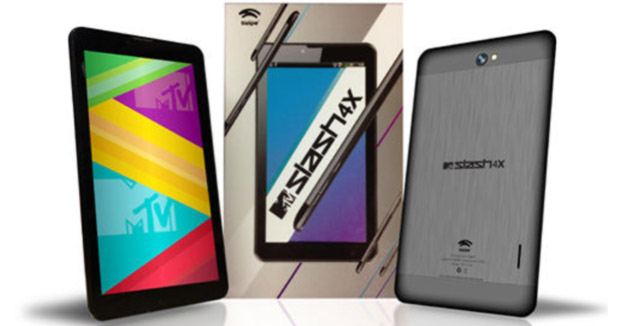 4GB of internal memory is available to users. Since this is obviously going to be insufficient for entertainment hoarding needs for most, the company has also slipped in a slot for a microSD card of up to 32GB capacity. You may make voice calls over 3G with the device and dual SIM slots can be found under its hood. Lastly, 2MP and 0.3MP cameras are present on the rear and back panels, respectively.

Like what you see? Here’s the eBay page you can visit in order to get your hands on it. It will reach outlets like Croma and Vijay Sales by February 1.