SwiftKey has been around for Android-based smartphones and tablets for quite a while now, but the company hadn’t released the application for iOS gadgets, that is, until now. But owners of the iPad, iPhone and iPod will be glad to know that the SwiftKey Note app has hit iTunes and can now be downloaded on these gadgets for free.

The company has been working on the utility for the Apple gadgets for months now and finally it is ready. The software that claims to be the fastest note-taking app, has been loaded with all the features that are associated with SwiftKey including text prediction and the ability to learn from a person’s way of typing. It adapts itself to your typing style and even features next-word predictions. 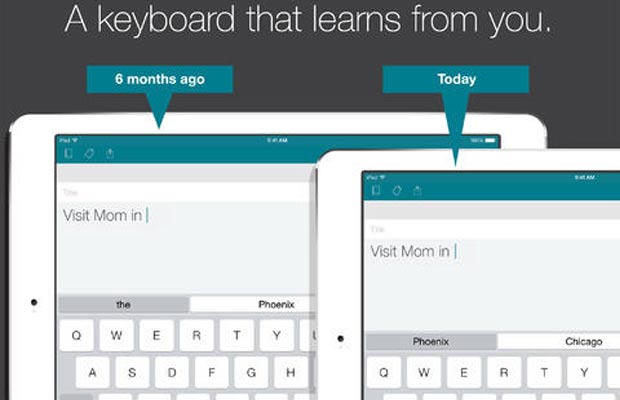 And what’s more, it can be linked with your Evernote account so it adapts itself using your archives almost instantly. Synchronizing notes across devices and saving them to the cloud is also possible. Also, apart from English, the application supports languages such as Spanish, German, French and Italian.

The utility doesn’t require you to waste your time in looking for notes as it lets users tag them and group similar notes together in a Notebook. A single swipe on the screen offers access to various formatting options that include bold, italic, underline, bullet points and more. This application can even analyze your typing and gives you a detailed report for the same.

The SwiftKey Note can now be downloaded from the Apple App Store for free. It is compatible with devices running iOS 6.0 or later versions.