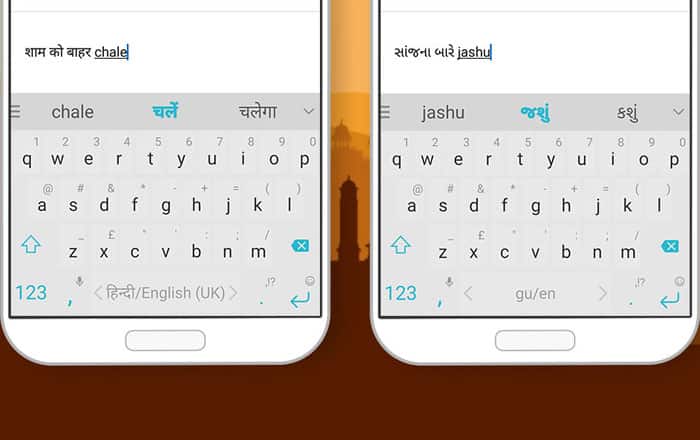 SwiftKey’s begun rolling out a new update for its Android app which adds a highly-requested transliteration tool to make typing in Hindi and Gujarati easier. It’s also added a few other features to the mix.

SwiftKey already has support for 22 Indian languages. The new transliteration skill lets users type out letters phonetically on the QWERTY keyboard, getting rid of the need to switch between tongues. People will able to type in English or Hindi/Gujarati without having to change modes as well.

Individuals now have the freedom to choose between typing in English, their native script, or both. SwiftKey claims it can automatically sniff out the language they’re using to show predictions in English or the indigenous tongue.

For example, writing out Namaste will instantly prompt both ‘namaste’ and ‘नमस्ते’ in the prediction bar. Transliteration is set to be automatically activated for people who already have Hindi or Gujarati set as their language models.

SwiftKey says users who are in the QWERTY layout will be able to see Hindi words in English letters. However, switching to the native script layout will present predictions only in that particular language. The update also adds a revamped Hub which includes things like SwiftKey Clipboard, Shortcuts, and Incognito mode.

The new tools are accessible via the hamburger menu to the left of predictions. SwiftKey’s also introducing 5 new languages to its roster in the form of Yakut, Swiss German, Low German (Plattdüütsch), Tibetan, and Kurdish (Kurmanji).