We had learnt of a golden hued Moto 360 back in September when a leak from Motorola itself had given away its existence. Another leak has occurred now, with the culprit this time being Amazon. A champagne gold model of the Android Wear device appeared on the website, but was taken down immediately to probably wait for an official announcement from the company.

Black and silver dials can currently be opted for by buyers of this smartwatch, and both of them can only be paired with leather straps. But with the advent of the champagne gold variant of the Moto 360, consumers will be able to take advantage of same-hued metal bands as well. 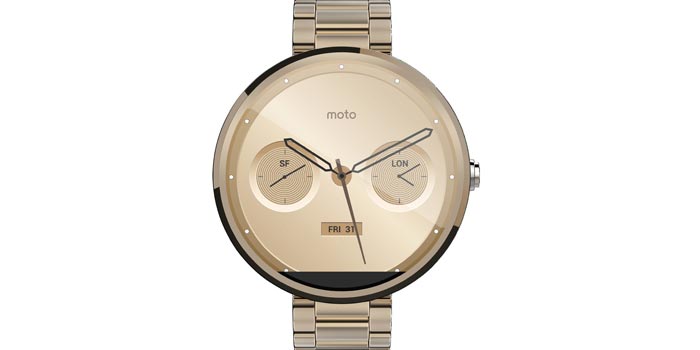 Priced at $299, this pairing will be made available in the form of two band options based on the width. While one will be 23mm in size, the other will measure 18mm, which most probably is targeted towards women. According to Phandroid, pricing for both these variants remained the same, and their shipping dates were mentioned to be 1 to 2 months away for some reason.

The aforementioned website also managed to catch a glimpse of a silver Moto 360 with a brown leather band, the price of which remains still at $249.99. Those wishing to replace their leather bands with metal ones will need to pull out $80 from their wallets to buy one for themselves.

A quick glance at the specs of the Moto 360: 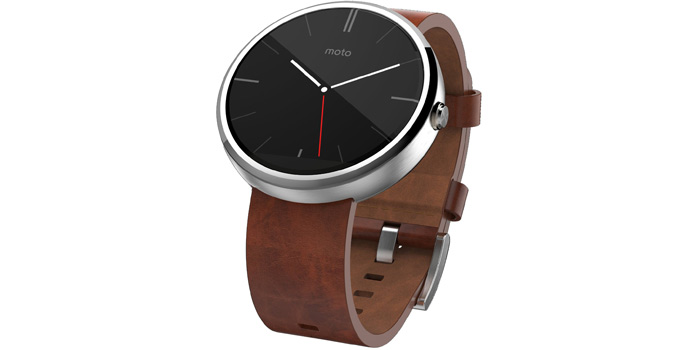 The Moto 360’s dominance as the only round dial-equipped Android Wear smartwatch is now being challenged by the expensive LG G Watch R which has started being introduced in markets around the world.