As expected, the Samsung Galaxy Note 4 has been made official for India and it will hit stores on October 17 which is the same day that the new iPhones will land in the country. And while we already knew this information, there were a couple of surprises at the unveiling event.

Firstly, the Samsung Galaxy Note 4 is priced at Rs 58300 ($950) which is much higher than what the US model costs, $850 unlocked. The South Korean conglomerate normally offers its smartphones with its own Exynos processors in India, but it’s breaking that tradition with the new phablet by introducing the Snapdragon version with LTE support. 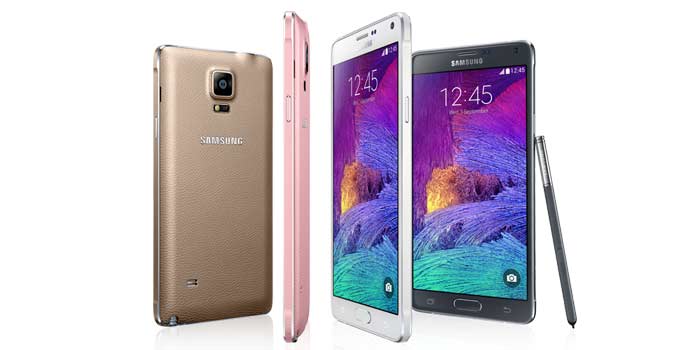 The chipset is the latest Snapdragon 805 SOC with Adreno 420 graphics. There are only a handful of devices that come with the processor onboard and none available in India as yet. The rest of the hardware is the same as what you’d find in other models of the smartphone.

You get a 2K Super AMOLED display, the latest version of Android and finally, an OIS-based main camera. The phone comes with Android 4.4.4 KitKat out of the box and it supports 14 Indian languages including Hindi, Marathi, Tamil and Telugu amongst others.

A price of Rs 58000 is much higher than what we anticipated and the Samsung Galaxy Note 4 does have a bit of competition in India with the Lenovo Vibe Z2 Pro LG’s G3 and Oppo’s Find 7 selling and very attractive rates.