It’s been a year since the Grand 2 smartphone from Samsung made its debut and obviously, we’re expecting to see a successor arrive soon in the form of the Galaxy Grand 3. Well, the device may have just gotten benchmarked online as the SM-G7200.

The second generation handset was launched under the SM-G7100 model number, so naturally we’re assuming that the SM-G7200 will be the third main release in the series. The GFXBench listing which was spotted by Gizmobic shows the supposed Samsung Galaxy Grand 3 as a decent upgrade over the current model. 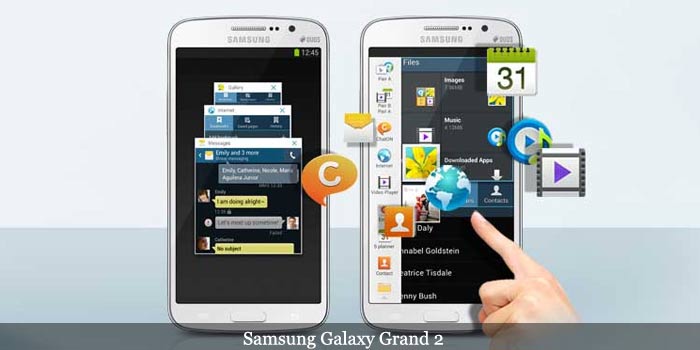 The phone has breached further into the phablet category carrying a 5.5-inch display, while the previous release had a 5.25-inch panel. Visuals here are delivered via a 1280 x 720 pixel panel which is most like an LCD. And while the earlier version had a Snapdragon 400 SOC, Samsung has now gone with a slightly faster chip, the 64-bit Snapdragon 410 with Adreno 306 graphics.

Also read: Samsung Galaxy A7 will have an octa core 64-bit Snapdragon 615 processor

There should be a noticeable difference in performance with the new model having the upper hand, but it would need Android 5.0 Lollipop to reap the benefits of 64-bit. The benchmark notes that the phone comes with version 4.4.4 KitKat onboard.

Here’s a quick overview of the Samsung Galaxy Grand 3 specs:

Seeing as the previous model went official in November 2013, the Samsung Galaxy Grand 3 is most likely to make its debut this month itself. So stay tuned for an update in the coming days.

Facebook
Twitter
Pinterest
Linkedin
ReddIt
Tumblr
Flip
Previous articleAT&T also gets hold of One M8 for Windows, Desire Eye from HTC, Lumia 830 from Microsoft
Next articleGionee Marathon M3 is a mid-range phone with a 5000mAh battery and Rs 13K price