We’ve started hearing a lot about the LG G3 through leaks and rumors lately, which is an indication that the launch of this device is right around the corner. Apparent screenshots from the smartphone have now apparently seeped out into the open, offering us a look at what to expect from its new UI.

Not surprisingly, LG is going with flat design approach for its interface thus adhering to the current market trend. The notification section has been overhauled completely with round-shaped icon occupying its top drawer. These screenshots have been acquired by Digital Trends through its secret source. 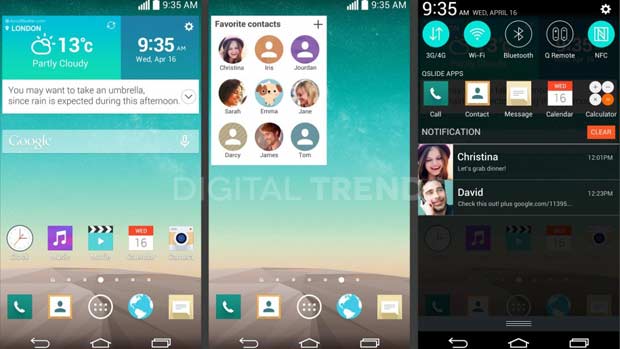 It has also been revealed to the site that LG will be infusing the G3 with its own Google Now-like service. As can be seen in the images, weather information will be accompanied by suggestions, but if the source is to be believed then this service will offer much deeper personalization by reading your habits in a detailed manner.

The screenshots apparently arrived at the above mentioned site in 2560 x 1440 pixel resolution, providing further credence to the speculation that the LG G3 will feature a 2K display. As for its other specs, a new user agent profile spotted by Unwired View has suggested that a 16MP camera will be placed on this phone, aside from 2GB worth of RAM. 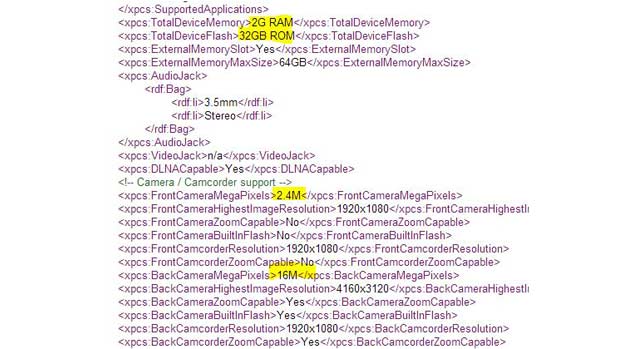 The LG G3 has had a lot of its details leaked in the past as well, and this will surely continue till its maker finally unveils it to the world. We’re hearing that this will happen either in May or June.

In the meantime, here’s a look at its purported specs: