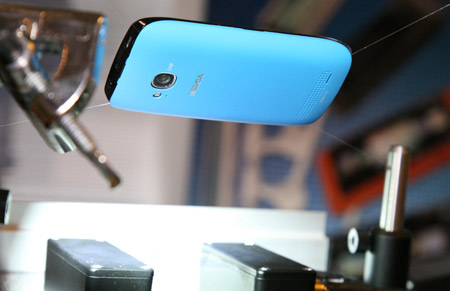 The inevitable bathroom breaks mean that those who love their mobile devices a little too much may just be all ears for phones like the superhydrophobic coated Nokia Lumia 710, which is essentially waterproof. But it’s not for sale yet and it’ll be an indefinite wait before anyone can lay hands on a similarly blessed gadget in the commercial market.

The technology we’re talking about takes inspiration from lotus leaves and their water repellant property. Scientists at the Nokia Research Center (NRC) in Cambridge are pretty sure they can duplicate the same characteristic on a phone, by employing nanotechnology. The team claims to be in the last few stages of creating a superhydrophic coating which is waterproof as well as stain-resistant. The layer takes the engineering up by a notch or two from a regular hydrophobic film by including a nanostructure that can trap air over the surface so that the liquid doesn’t actually touch it in the first place.

And dashing all hopes of seeing a device with similar waterproofing in the near future, Chris Bower, the Principal Scientist at the NRC in Cambridge, explained, “The biggest challenge is making nanostructures robust enough to withstand every day wear and tear. You could put a superhydrophobic coating inside a device now because people can’t degrade it, it can’t get knocked around in your pocket. To put it on the outside is much, much tougher. But you want it on the outside because that’s where you see the effects of keeping your phone really clean.”

Just to rub it in everyone’s faces anyway, the NRC folks have demonstrated a Lumia 710 that was granted the superhydrophic finish. So what kind of powers will the technology be able to bestow upon mobile gadgets? According to Bower, it will deliver better resistance to fingerprints and water, apart from enhancing anti-reflective attributes. More or less, users will be able to dunk a handheld with a superhydrophic film in a bowl of water or cup of coffee and still expect it to survive. 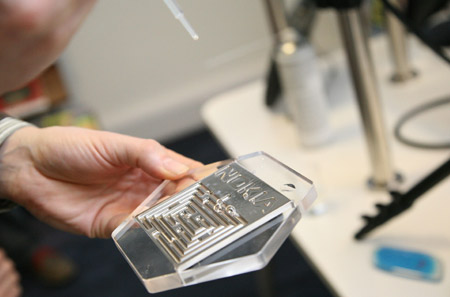 The superhydrophobic coated Nokia Lumia 710 is obviously not the last we’ll hear about the technology, considering that companies are constantly scheming to keep us hooked onto our mobile devices.