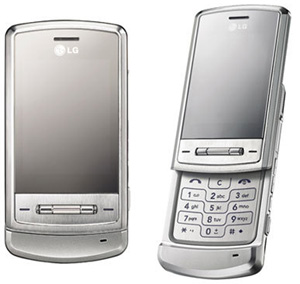 Earlier this year, the LG Shine mobile phone took the entire world by storm. Now, this phone is all set to dazzle India as well. Yesterday, LG Electronics announced the launch of its full metal bodies Shine handset that is part of the company’s premium Black Label series in the Indian market.

The LG Shine handset has a super-slim body that is made entirely from metal. This phone will be available in both a slider phone style as well as a bar phone version. The LG Shine Slider version measures 13.8mm, while the Sine Bar style model measures just 9.9mm.

When closed, Shine oozes sophistication with a perfectly reflective 2.2” wide mirror LCD screen magically transforms into a high-quality color screen when the phone is activated, while Shine’s keys are bathed in a cool blue light.

The LG Shine mobile phone has a 2 mega pixel auto focus camera by Schneider Kreuznach. Also adding to the great features of this best-selling phone is expandable memory through the use of MicroSD cards.

Besides, accessing the LG Shine’s menu system is very simple with the help of the phone’s easy-to-use Multi-function Scroll key.

LG’s super-slim Shine handset is also equipped with a comprehensive media player with multi-codec support for MP3, WAV and ACC++ as well as real spectrum display.

According to Mr. Moon B Shin, President South West Asia, LGE and Managing Director, LG India, “As the second handset under the Black Label series, LG Shine is set to capture the imagination of mobile phone users who crave for the perfect balance between design and technology. With an appeal that goes far beyond the simple requirement of owning a mobile, LG Shine has yet again raised the bar in the mobile phone market. With the launch of Shine, LG India will now aim to be amongst the top 3 premium handsets in India and increase their GSM market share to 3.41 % by first quarter of 2008.”

Interestingly, celebs like Madonna, Pierce Brosnan and Kelly Osborne were seen flaunting this phone. Not only that; in March this year, illusionist David Blaine became the face of LG Shine!