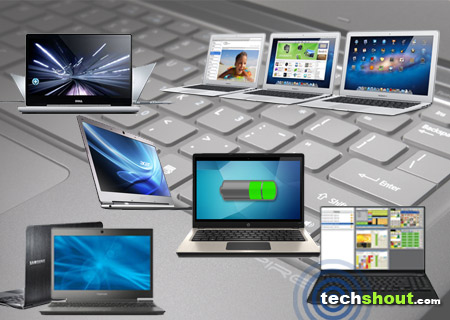 With another year passing by, the 8 super slim laptops list is the first amongst our many resolutions to you keep updated with the latest in technology, no matter what. We haven’t dug out these notebooks only by looking at their sizes. Our main goal here is to assist you in maximizing productivity in an efficient way and in style too. So based on their designs, functions and mobility, we’ve compiled a list of notebooks that are likely to serve as the best in their class. 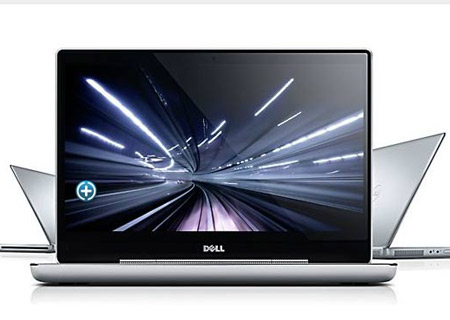 First up on our list of slim laptops is the Dell XPS 14z. At just 23mm thin, this device packs in a number of offerings including a built-in DVD player, Nvidia GeForce graphics, Intel Core processor and much more. Some manufacturers tend to leave out certain components in order to derive a more portable form factor. Well, in this case, Dell seems to have taken a different approach. You can expect a variety of components within its casing which reads at 23mm x 335mm x 234mm in terms of dimensions. For performance, there are options between Core i5 and i7 processors with Turbo Boost 2.0 technology and RAM of 4GB to 8GB. And to render high quality visuals over the 14-inch HD display WLED display, the notebook is accompanied by a 1GB GeForce GT 520M GPU. 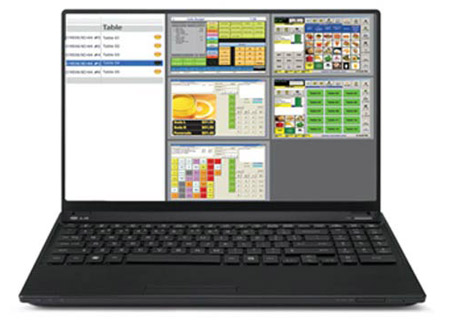 Just being slim surely isn’t all that matters when it comes to picking a laptop. The specifications do play a vital role. But nowadays, hardware components are pretty much the same from most manufacturers. So it’s an eye catchy design that habitually becomes the deciding factor, something like what the LG P530 flaunts. This business class notebook weighs around 2.24kg and offers a thickness of just 23.8mm. Placed well within its metal casing, the device has an LED backlit display that spans up to 14 inches diagonally along with hardware components such as the Intel Core i5 processor clocked at 2.3GHz, a 750GB HDD, 6GB of RAM, 1GB dedicated video memory and a 4400mAh Li-ion battery. 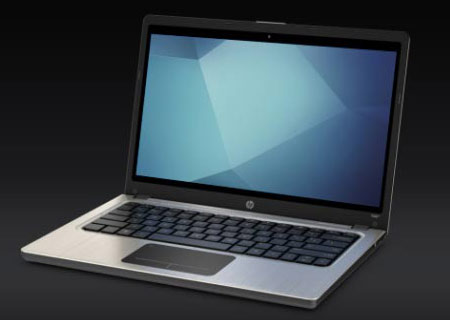 Modern day laptops can tend to skip out on certain components only to provide a super slim form factor. Well, devices like the HP Folio 13 fall within this category. Based on its specifications sheet, you’re sure to find it hosting a bunch of high end offerings. At just 18mm thin, this one employs Core i3 or i5 processors that are backed by the integrated Intel HD Graphics 3000. Design-wise, the Folio 13 is aimed towards professional and business customers by delivering a lightweight build and it holds capabilities of providing battery life of around 9.2 hours. Well these aren’t all; there are a few tools to enhance productivity as well. To get you accessing files in a jiffy, the notebook comes with Rapid Start technology and HP CoolSense, if things get too hot. 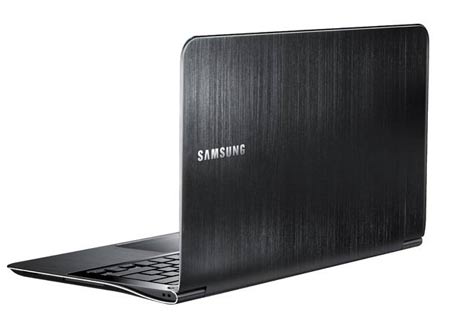 Unlike most slim laptops we’ve listed out today, the Samsung Series 9 seems to have taken things a step further. Not only does it weight less than 3 pounds, but also comes with a duralumin enclosure to give it a lightweight form factor. Before we move on, duralumin is said to have twice the strength of aluminum. And to add to its slimness, the device sports an elegant design with arching curves and a durable look. Resting within this ergonomically designed laptop are components such as the Windows 7 OS, Intel HD graphics, a 128GB SSD, the Intel Core i5 2537M processor and a 1.3MP HD webcam, all fitted in dimensions of 12.9″ x 8.9″ x 0.62″ to 0.64″. In addition to all these features, the Samsung Series 9 employs a 13.3-inch SuperBright Plus HD LED widescreen display. 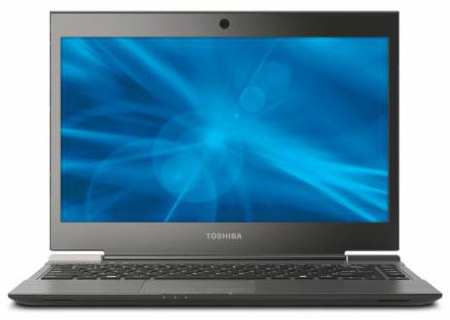 Next to join our roster of portable and lightweight laptops is the Toshiba Portege Z830. Simple as it may look, the hardware hoarded by this device appears to be up to the mark. Firstly, there are components from the Intel Core processor family along with various options of memory starting at 4GB, built-in SSDs and Windows 7 Home Premium or Professional operating systems. With a 0.63-inch width thickness and a weight of not more than 2.5 pounds, the notebook packs in a 13.3-inch widescreen that’s complimented by Intel HD graphics. Besides these, the Intel vPro and the Toshiba Hi-Speed Start technologies are capable of providing the much required performance boost for business users. There are a bunch of other interesting features you can choose from as well. 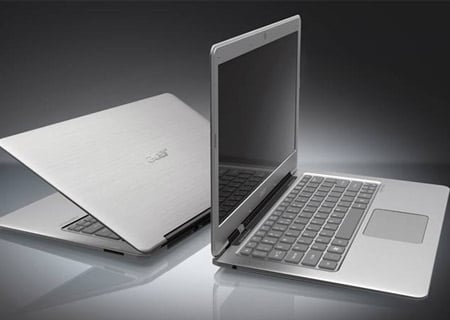 Ultrabooks similar to the Acer Aspire S3 are more like smartphones. Well, firstly these slim laptops are built with a minimalistic design in mind. And to derive such a form factor, appropriate arrangement of components in a vital task. Picture fitting a month’s worth clothes neatly and efficiently into a single suitcase. At just 13mm thin, playing house for high end offerings seems farfetched. But, just as the saying goes, ‘if there’s a will, there’s a way’. The laptop is seamlessly fitted with the second generation Intel Core processor that are backed by 4GB of RAM, options of an SSD or an HDD, Bluetooth 4.0, Intel HD 3000 integrated graphics and a 13.3-inch HD widescreen CineCrystal LCD display. 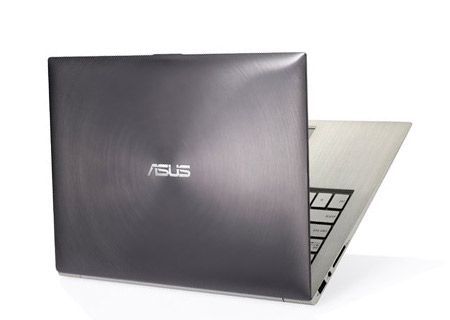 If ‘super slim laptop’ was a title for a beauty contest, chances are high that the Asus Zenbook UX31E is most likely to take home the crown. Starting at just 3mm thin at the tip, the device gradually broadens up and reads at 9mm on its rear. Its tapering form factor resembles a bird’s beak and the company seems to have pecked out a good offering in hardware as well. The secret weapon in this device is the Asus Super Hybrid Engine II technology that enables users to start the notebook in just a matter of seconds. It also lets you speed up file transfers through the SATA 3.0 SSD and the USB 3.0 interface. For performance, the options stand as Intel Core i7 2677M or the i5 2557M processor with Intel HD 3000 integrated graphics for the 13.3-inch LED display. The company has also come up with a dedicated Battery Saving Mode to conserve power and increase the activity time to around 25% more. 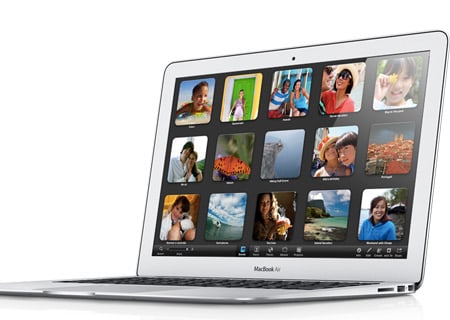 Yes, we’ve been saving the best for last. Apple’s latest addition to its MacBook series is the slim and lightweight MacBook Air notebook. By the looks, it depicts a productivity-meets-style scenario. And to back that up, it lands bundled with a number of offerings to maximize productivity as well as cater to entertainment needs. Well hidden within its chassis are the latest processors from the Intel Core series, flash storage for reliability, speed and efficiency, a full sized backlit keyboard and all the features the Mac OS X Lion has to offer.

With our list of super slim laptops, you can forget about stuffing your bag with bulky devices and even carrying the extra load. So with high end offerings combined with lightweight form factors and classy designs, what more would you want? Do let us know which of these are amongst your favorites.