A successor to the Tizen-powered Samsung Z1 has leaked

Remember the Samsung Z1, the South Korean company’s first ever Tizen offering that actually got a release (an unreleased phone also existed before that)? Well it seems that this device will soon be greeted by a successor, which is no surprise given that the company has been on a model updating spree lately.

With ‘2016’ editions of most entry-level devices from Samsung popping up, it’ll be no surprise to see a Z1 (2016) arrive in the market this year. The model number of this particular handset is expected to be SM-Z150.

This information comes via Sam Mobile which has an excellent track record of leaking details regarding Samsung phones well before they are officially announced. The website also reveals that the Z1 (2016) will carry onboard a Super AMOLED display.

Apart from this though, there’s no further information available about its specifications. Its predecessor which is being sold in the market right now carries onboard a 4-inch 480 x 800 pixel TFT display, and runs on the combination of a 1.2GHz dual core processor and 768MB of RAM.

Also Read: Samsung releases ‘urgent’ Galaxy S7 Edge update even before the phone is out

A 3.1MP rear camera and a VGA front camera find their way onto this Samsung handset, aside from 4GB of expandable storage and a 1500mAh battery. And of course, it runs Tizen OS out of the box, with the familiar TouchWiz interface layered on top of it.

Another smartphone running the same OS was launched by Samsung last year in the form of the Z3 which comes with better specifications like a 5-inch Super AMOLED display, a quad core CPU, 1GB of RAM, an 8MP camera and more. There’s no news of a successor to this device though. 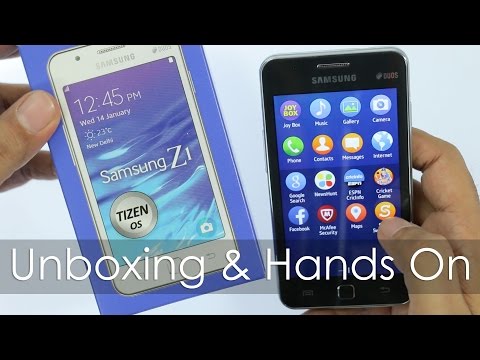 However, a certain Samsung Z5 which was reportedly spotted entering India for testing recently, could turn out to be the Z3’s successor. And who knows; it could be made official alongside the Z1 (2016) model.