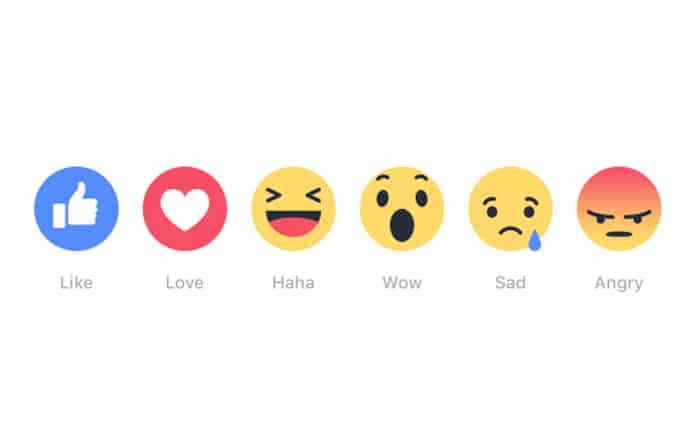 It all started when Mark Zuckerberg admitted that something resembling a dislike button was actually being worked upon at Facebook. But what followed was the release of Reactions that have been aimed at getting people to express feelings rather than just liking posts.

These Facebook Reactions were made available to everyone this February. And while people were still disappointed at the lack of a dislike button, the release had managed to create quite a buzz. Reactions allow you to love a post, laugh at it, say wow or be sad or angry at it.

However, it all seems to have gone downhill since the launch. A study has found that Reactions are very rarely used on Facebook by its regular users. Simply ‘Liking’ posts is still preferred rather than taking the extra little effort to express a feeling about them.

The study by Quintly has concluded that around 97 percent of interactions still comprise of likes, comments and shares, thus giving us an idea of just how less the Reactions feature is put to use on the social network. For this study, the agency filtered 130000 posts.

Alongside the five Reactions that are already available, Facebook also recently introduced one more for a limited time. It was just a flower that was made available in the Reactions menu for people in certain markets to express some love on Mother’s Day.

Facebook had really big expectations from Reactions back when they were launched, but it seems they aren’t quite able to engage users that much. Perhaps transforming them into Donald Trump faces or Game of Thrones icons might end up igniting the fancy of users.