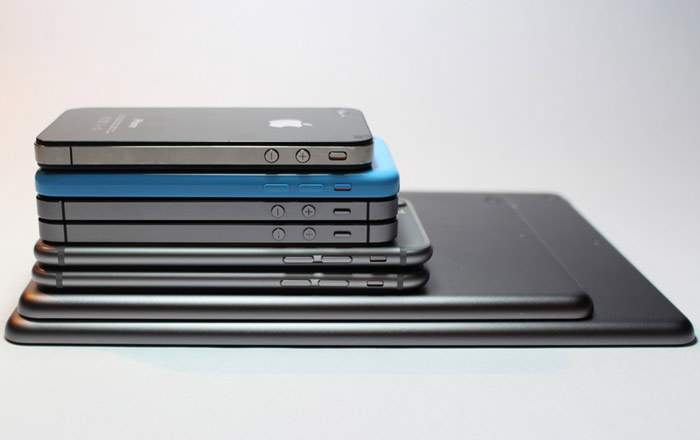 Every iOS release brings with it a mix of excitement for people who own newer iPhones and trepidation for people who own older ones. It’s easy to see why, since the general impression is that new software generally makes the latter group slower than before.

A report last week went one step further, stating that Apple was purposely making its elderly iPhones slower to force people to buy the latest model. The story was based on Google search data which showed that inquiries for ‘iPhone slow’ increased hand-in-hand with the launch of each new device.

Benchmarking firm Futuremark has now come out with its own findings to debunk this claim. It’s basing its conclusions on over 100000 benchmark results it’s gathered via its 3D Mark app since 2016, covering 7 different iPhone models starting from the iPhone 5S till the iPhone 7 running iOS 9, iOS 10, and iOS 11.

The iPhone 5S would be the most obvious candidate to study the effects of new software since it’s been around since 2013. Futuremark’s charts show that the handset’s GPU and CPU performance over time hasn’t varied dramatically over the course of 3 iOS versions.

Even the iPhone 6, iPhone 6S, and iPhone 7 haven’t changed much in terms of GPU prowess. In fact, the first’s performance actually spiked with iOS 11. On the other hand, CPU scores dipped slightly. However, the disparity is apparently small enough that users probably wouldn’t notice.

Futuremark thinks Apple actually does a pretty good job of supporting older iPhones since it sends out regular updates and manages to maintain a consistent level of performance across iOS iterations. As for slowdowns, it suspects this may have more to do with new features that are resource-intensive and demand more processing power.

Plus, fresh apps typically don’t run as well on elderly iPhones and older apps don’t take advantage of optimizations in the latest software. There’s also the psychological effect of being aware of a flashy new iPhone out there which makes a person’s current one look and feel outdated.