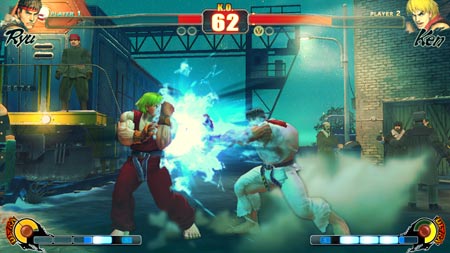 Renowned developer and publisher of video games Capcom, has announced the development of Street Fighter IV, the next iteration of the genre-establishing fighting game series. The game is developed for the PlayStation 3 as well as the Xbox 360. The Windows-based PC version of Street Fighter IV will also be launched.

The game boasts a mix of returning favorites such as Ryu, Ken, Chun-Li and Guile along with new characters created for this game, such as Crimson Viper, Abel, El Fuerte, and Rufus. Capcom has said that characters and environments are rendered in stylized 3D. The game is played in classic Street Fighter 2D perspective with additional 3D camera.

With the new game, Capcom promises to offer an exciting gaming experience.

As of now, the release and availability details of the Street Fighter IV have not been announced by Capcom.