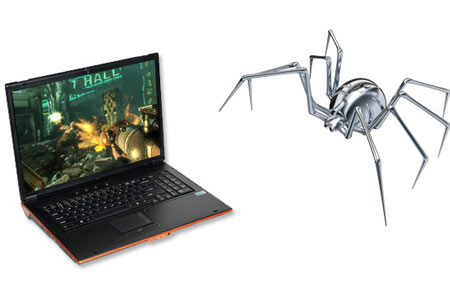 Interestingly, this laptop for gamers happens to be the first to be offered with Nvidia’s GeForce 8800M GTX graphics processor. The laptop, which was already an award winning one, now gains even more important with the addition of Nvidia’s latest GPU, making it a perfect choice for gamers.

According to Joshua McClure, General Manager at WidowPC, “The new GeForce 8800M GPUs allow gamers to have the ultimate gaming experience on a mobile platform. These new 8800M video cards are exactly what the doctor ordered to play Crysis at advanced levels of visual realism. We’re proud to be the first in North America to ship this incredible performance enhancer.”

The Sting 517D2 laptop for gamers from WidowPC is priced at $2,799 onwards and is immediately available for order and shipment.