SteelSeries World of Warcraft wireless mouse to be released in Q3 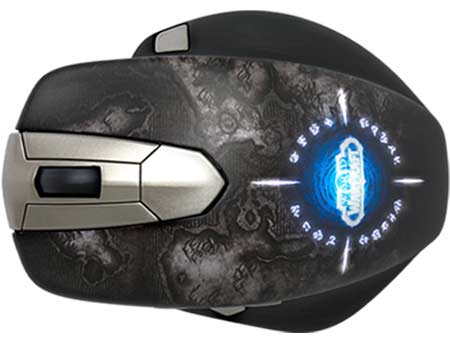 The rechargeable SteelSeries World of Warcraft wireless mouse comes across with a suitable arsenal for the online role-playing game in question. It has been deployed with the SteelSeries Engine to facilitate in-game integration setup and is capable of storing multiple profiles on its onboard memory.

The dark stone-gray colored rodent flaunts an illuminated WoW world map background on its chassis along with the game’s logo. It sports as many as 11 silver-hued buttons reinforced with a rubberized matte finish for resistance against sweat. These customizable buttons are ergonomically placed on both sides of the mouse.

“We brought to market the first MMO gaming mouse more than three years ago with Blizzard, and since that product launch, we’ve been working to improve and perfect what the MMO community has wanted and asked for – from the size and button shape to the hardware and wireless functionality. The World of Warcraft Wireless Mouse not only answers players’ requests, but we’re confident that it will impress players by arming them with state of the art hardware features and an exceptional user experience,” commented Bruce Hawver, SteelSeries CEO. 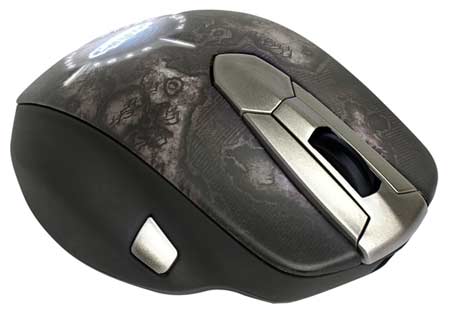 Players can expect a firm grip over the SteelSeries World of Warcraft wireless mouse for long gaming sessions. The top buttons are rather oversized for convenience and the left side keys have been modified to ensure accurate clicks. And needless to say, a smooth ticking scroll wheel has also been added to the mix. The drag and drop option of the SteelSeries Engine software comes in handy for the purpose of creating macros and programming buttons with over 130 preset game modes.

This MMO weapon works in conjunction with PCs as well as Mac computers and is bundled with a sleek docking station that acts as a charger and a receiver. It can also be tethered to a computer system to power the battery using the accompanying USB cable. The 12,000 frames per second gaming peripheral features 8,200 CPI, while the lift distance ranges from 2mm to 5mm. It works with most MMO titles and coughs up the juice for close to 16 hours.

The SteelSeries World Of Warcraft wireless mouse price is $129.99 and it will be up for sale through the official web portal in the third quarter of this year.