Steam Controller gets a refresh ahead of GDC showcase

When Valve made clear its intentions of entering the gaming hardware arena it introduced us to its vision by showcasing three products in the form of the Steam Controller, the SteamOS and of course, Steam Machines. It has since then been working on making the products even better for a release later this year.

Compared to its earlier model, the Steam Controller has now changed a great deal. A fresh button layout has greeted the device, and so have some other changes which have been revealed by Valve ahead of making it available for use at the Game Developers Conference that’s slated to take place in San Francisco next week.

The newest model of the Steam Controller features the same ergonomic design of its predecessor, but grabs a pretty shuffled button layout. While the controller’s highlight, the gripped circular trackpads maintain their existence and location, new buttons have been added in the form of a directional pad and standard A, B, X and Y keys.

The other new introduction is the Steam icon button which will act like a Home key. Besides it will lie two start and select-like buttons which appear to have stop and play icons painted on them. 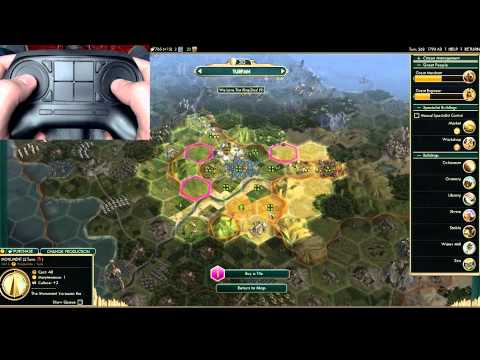 This is the final version of the Steam Controller which will be released to the public this year along with various third-party Steam Machines. It will be available to be had a crack at during this year’s GDC which is set to commence next week.