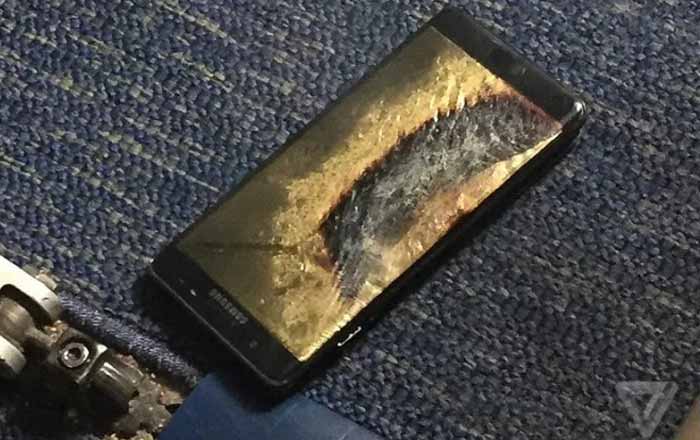 Samsung has stayed pretty quiet on the status of the Galaxy Note 7 in India, in that it didn’t officially tell pre-order customers they would not be receiving it at all, until a few hours ago. The company has finally issued a statement declaring the same, minus any mention of exploding Notes of course.

Hit the link below for the full release, though you probably have an idea of what it says anyway. Samsung India’s timeline of official acknowledgements about the stink its temperamental Galaxy Note 7 handsets have raised, includes one about a delay in shipping and two others asking owners to swap their devices for a replacement unit at no cost.

Only in the most recent statement has Samsung admitted that it won’t be selling the Note 7 to pre-order customers at all. Instead, they can opt for a Galaxy S7 or S7 Edge and avail of the (frankly inadequate) freebies Samsung is bundling with it. These include the Gear VR headset, the Level U stereo wireless headphones and an Oculus VR content voucher worth Rs 3300.

The Gear VR was already being offered for free with the S7 series at launch, so was the 12-month One Time Screen Replacement guarantee that is also being highlighted by Samsung. Those who don’t want an S7 or S7 Edge can instead opt for a refund of the amount they paid in order to pre-book the Note 7. Incidentally, the Note series is done for.

As of October 5, Samsung maintained that 35 cases of defective Note 7s were reported globally. The fiasco is expected to hit the brand with a $17 billion blow. There are rumors the company will try and make up for this as well as its damaged reputation by rolling out the Galaxy S8 earlier than anticipated.

Folks in the US and the UK who’re stuck with a Note 7, can go here and here respectively, to ask for a refund or replacement.