Sprint has announced the arrival of the ZTE Optik 2 that’s retailing for just $29.99 on-contract. When it comes to affordable tablets, Samsung’s Galaxy Tab 3 7.0 which is available on AT&T, T-Mobile and other major carriers in the US, takes the cake, but it looks like the device is going to witness some serious competition with this latest addition.

The new tablet is the successor to the original Optik which was launched back in 2012 for $99.99. While the specs haven’t improved much, the hardware implemented here makes the device a good entry-level option. It comes with cellular support for data access, but unlike the Galaxy Tab 3 7.0, it doesn’t support 4G LTE, just 3G. Wi-Fi and Bluetooth connectivity are also onboard. 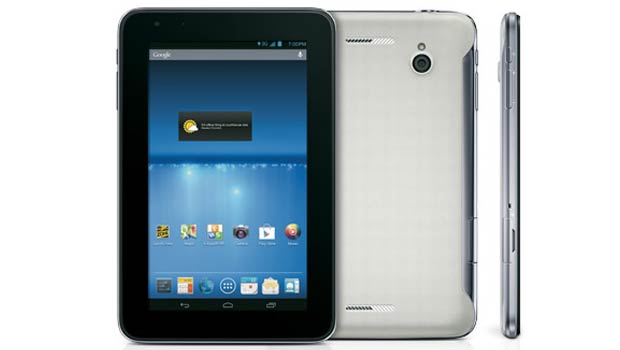 This chunk of Android falls in the 7-inch segment and carries a 1024 x 600p WSVGA resolution touchscreen. It is 11.5mm thick and it weighs 377 grams. While 4.1.2 Jelly Bean runs the show, a quad core Qualcomm Snapdragon processor gets things up and running. ZTE has also thrown in 1GB of RAM, 8GB of storage, a microSD card slot and dual cameras, 5MP front and 2MP rear. The device comes pre-loaded with various Google services and Sprint Music Plus that offers a large library of songs.

Main specs of the tablet: