Sprint that has been accepting pre-registrations for the Samsung Galaxy Note 3 for a while now, has revealed that the phablet will start shipping to interested customers from October 4 onwards. The other major carriers like Verizon Wireless, U.S. Cellular, T-Mobile and AT&T will also make the device available in the first week of October itself.

The carrier in question will be selling the Note 3 through all sales channels including telesales, business sales, web sales and company-owned retail stores. And the phablet’s companion, the Samsung Galaxy Gear will also be up for grabs along with it. The former arrives splashed in shades of white and black, while the wearable gadget comes drenched in hues like jet black, oatmeal beige and wild orange. 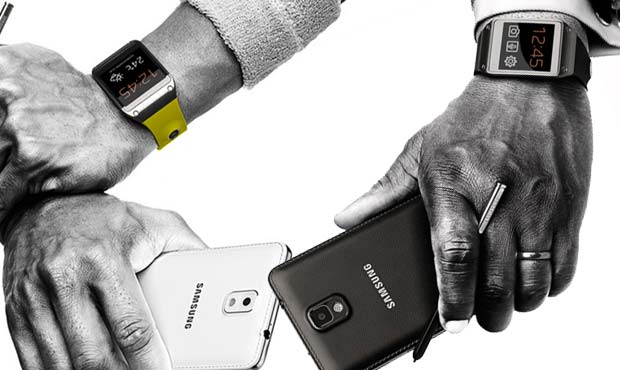 Let’s take a quick look at the specifications of the phablet in question. It is the proud owner of a 5.7-inch Super AMOLED touchscreen capable of rendering full HD visuals. The device features a 13MP camera on the rear panel, while a 2MP one rests on the front panel. Equipped with 3GB of RAM, the Galaxy Note 3 acquires multitasking properties from a 2.3GHz quad core processor and operates with the assistance of the Android Jelly Bean 4.3 platform.

As for the Samsung Galaxy Gear, it is a wearable smartwatch fitted with a 1.63-inch Super AMOLED touchscreen to display notifications, missed calls, new messages and more. A 1.9MP has been added to the mix as well and it has been pre-loaded with applications like Smart Relay, Smart Lock and Find My Device to name a few.

The Samsung Galaxy Note 3’s price has been tagged at $349.99 with a two-year service agreement and a Sprint My Way or My All-in plan. The Galaxy Gear will set you back by $299.99.