The Motorola Moto X customizable smartphone that was launched in the US at a price of $199.99 (16GB) or $249.99 (32GB) is now being offered at discounted rates with flat $100 off on both versions. Carriers like AT&T, US Cellular and Sprint have already applied the price cuts to their respective versions of the gadget.

It goes without saying that even Moto Maker has reduced the cost of the phone and users who buy the customized version from the official website will have to sign a two-year agreement from AT&T. Meanwhile, Verizon Wireless continues to sell it for $199.99 on contract and T-Mobile’s variant is exclusively available through the Motorola website for $599.99. 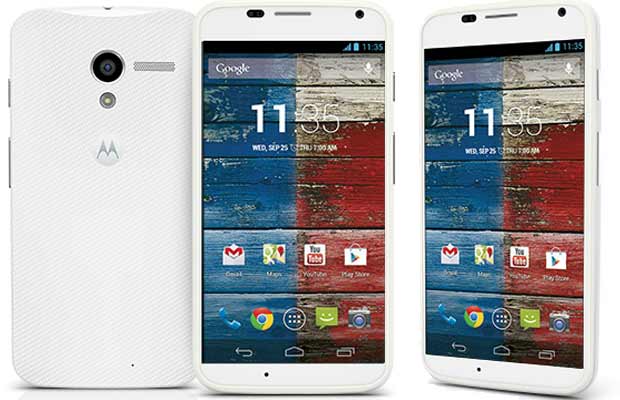 It was the guys over at The Next Web who spotted the reduced rates of the Moto X. But we knew this was coming considering that @evleaks had reported earlier this month that a price cut will come into effect in the fourth quarter of 2013. Moreover, Best Buy was already selling the gadget for slashed amounts in the US.

Listed below are the key specifications of the Google-certified handset:-

Apart from the Moto Maker website, the Moto X is available through leading retail channels and official Sprint, AT&T, US Cellular and Verizon Wireless websites. It requires a two-year contract as well as qualifying data plans, when bought through one of these carriers.