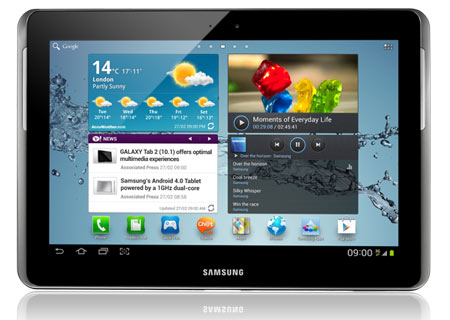 The price and release date details for the Samsung Galaxy Tab 2 10.1 from Sprint, the carrier’s first 4G LTE tablet, have been divulged at last. The device will be launched on the very same day as the quad core Optimus G and the QWERTY-equipped LG Mach.

The slate’s arrival was announced once before. Back then, no specific launch details were provided. And recently, T-Mobile disclosed its intentions to make the device available on its network this month. The carrier will offer the Galaxy Tab 2 10.1 for $199.99 with a 2-year contract, a qualifying data plan and 20 payments of $15 each month. The variant headed to Sprint will have access to the service provider’s 4G LTE network. And the carrier has launched new plans which are compatible with the slate.

Customers will have to shell out $14.99 for 300MB of data, $34.99 for 3GB or $49.99 for 6GB. There also a $79.99 plan which tags along 12GB of usage. The tablet operates on the Android Ice Cream Sandwich platform and it packs in a large HD display for visuals. It comes in a dual camera configuration which includes a front-facing VGA snapper for video chat and a rear-facing 3MP shooter. There’s even a built-in IR Blaster which converts the slate into a universal remote.

The Samsung Galaxy Tab 2 10.1 is expected to go live through Sprint retail stores and online starting November 11, 2012. The tablet will be available for $549.99 which excludes taxes and surcharges. The Wi-Fi only version is up for grabs through Amazon at $349. 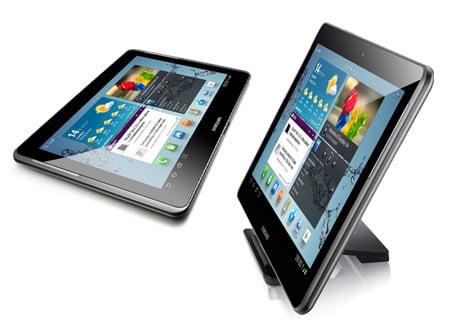