The latest generation Samsung Galaxy S4 smartphone has hit availability status through the official Sprint website and it has started shipping through AT&T as well. Interested users can also grab this piece of hardware through U.S. Cellular which started selling the device only yesterday.

Prospective customers who decide to sign up for a new line of service through Sprint, can make the most of the online discount of $100. Thus, those who are porting their numbers to the carrier in question and signing the dotted line for a two-year agreement, can lay their hands on the 16GB smartphone by paying up $149.99, whereas existing customers will have to fork out $249.99 for the same. The other two aforementioned network providers are asking for $199.99 for the phone along with a two-year commitment. 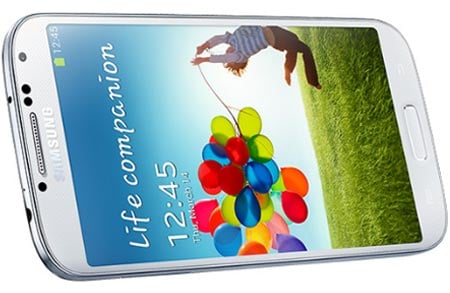 Let’s take a quick look at the specifications of the fourth generation S smartphone from the South Korean manufacturer. A full HD Super AMOLED display with a pixel density of 441ppi has been fitted on the front panel and it provides a multi-touch real estate spanning 5 inches diagonally. This screen is accompanied by a 2MP front-mounted webcam which can be used not only for the purpose of recording full HD videos, but also for making face-to-face video calls. Apart from this, a 13MP camera with common attributes like auto focus, LED flash and the ability to record videos among others, rests on the rear panel.

The handset binges on the Android Jelly Bean 4.2.2 OS and the responsibility of maintaining smooth internal working has been assigned to a quad core Qualcomm Snapdragon 600 CPU ticking at 1.9GHz. Although it tags along 16GB of onboard memory, a microSD card slot has been embedded to expand the storage by up to 64GB. There’s 2GB of RAM in addition to a 2,600mAh lithium-ion battery which boasts of coughing up the juice for talk time of close to 15 hours at a stretch.

As we have already mentioned, the 16GB Samsung Galaxy S4 is up for grabs via the official Sprint and U.S. Cellular websites and through AT&T stores. 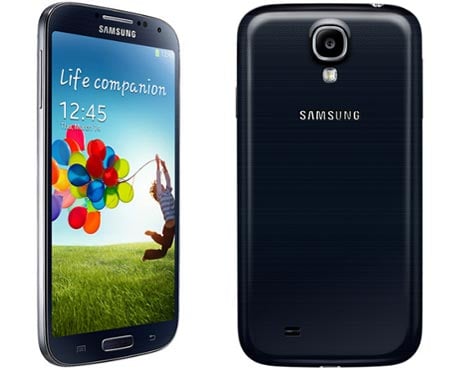 Specifications of the device: