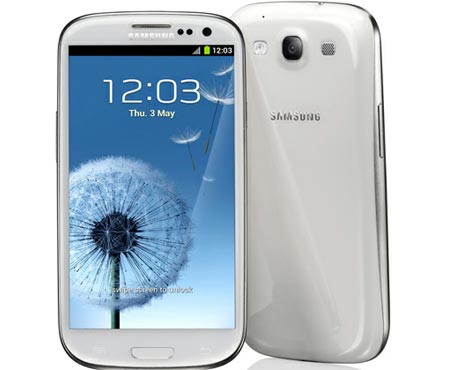 Although Jelly Bean for the Samsung Galaxy S3 was confirmed a while ago, Sprint is so far the only carrier in the US to have released the software update for the smartphone. It claims to bring improved TouchWiz attributes along with a responsive interface and faster performance.

The over-the-air update will be automatically downloaded on eligible devices and users are then required to install it. Besides smooth functionality, the latest Android platform tags along Google Now that can be launched by long pressing the menu button on the homescreen. The Galaxy S3 will also feature actionable notifications, resizable widgets and enhanced Android Beam that’s capable of sending pictures too.

Moreover, the Samsung handset is set to receive a number of new enhancements that include live camera and camcorder filters such as warm vintage, black and white, cold vintage, sepia and more. The pause and resume function for video recording has also been added along with the low light photo mode that makes the most of HDR capabilities. Also, it is now easy to pause or resize the picture-in-picture video window of Pop Up Play.

First time users of this multitasking smartphone can utilize the Easy Mode and its large homescreen widgets for the phone’s essential attributes. Apart from multiple keyset options, it has the Swype keyboard and the Blocking Mode that blocks notifications, alarms, calls and more for a stipulated period of time. The S3 also extends support to AllShare Cast Wireless Hub and NFC Bluetooth accessories.

The Jelly Bean update for the Galaxy S3 from Sprint is now available in the US.