The Samsung Galaxy Nexus smartphone has hit the 4G LTE network from Sprint and it can now be pre-ordered on the carrier’s official portal. Albeit a little late in the game, the network provider is making the handset available with a $10 credit on Google Wallet and an additional $40 will be added to the same within three weeks of activation.

The news may have also come across as good tidings for individuals who prefer the carrier’s data plans and have wanted to get their hands on the Ice Cream Sandwich treat. Fueled by a 1.2GHz OMAP TI dual core chip, the Nexus is fitted with a 4.65-inch HD Super AMOLED display proffering 1280 x 720p resolutions. As for the snappers, it flaunts a front facing 1.3MP one and a 5MP camera on its rear panel.

“Galaxy Nexus is a beautifully designed smartphone that combines the Pure Google experience with the speed of Sprint’s upcoming 4G LTE network,” shares Fared Adib, vice president – Product Development, Sprint. “It represents the cutting-edge features and applications that customers expect and pairs perfectly with Sprint’s unlimited data plans to let our customers enjoy their wireless experience without worrying about overage charges or throttling.” 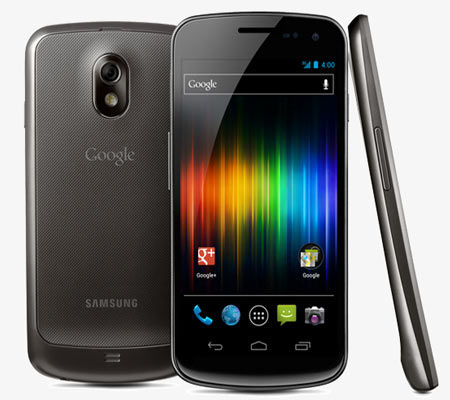 The key aspects of the latest OS from Google include Face Unlock as well as Android Beam to deliver enhanced connectivity for users. Needless to say, attributes such as Google Voice and more can also be accessed along with Google Play to dabble in over 500,000 apps on the fly.

The Samsung Galaxy Nexus release date and price are stamped at April 22 and $199.99, correspondingly. It requires a two-year service agreement through Sprint as well as a qualifying data plan.