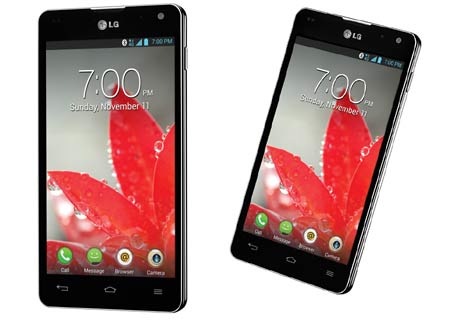 The Sprint LG Optimus G release date is expected to fall on November 11, that’s 9 days after the South Korean conglomerate’s next generation smartphone hits shelves at AT&T stores. For the carrier in question, the device will make its debut bearing a 13MP camera, giving the provider an upper hand against the latter’s variant which packs an 8MP snapper instead.

LG has introduced a host of new features with the Ice Cream Sandwich platform and its very own Optimus 3.0 UI. Some of the main attractions include camera capabilities such as Time Catch Shot which allows users to pick the best still from a series of shots captured before the shutter button is pressed, and ‘cheese shutter’ that just as its name suggests, clicks a picture on hearing the word ‘cheese.’ Additionally, users will be able to quickly take down notes or capture screenshots through QuickMemo, while QSlide allows them to run 2 different apps simultaneously in a split-screen view.

Users will be able to couple the Optimus G with the carrier’s Truly Unlimited 4G LTE tariff plan which provides limitless data, text and calling to any mobile in the US. Complementing this is Mobile Hotspot that can share the phone’s internet with up to 5 devices over Wi-Fi. Other connectivity features include Bluetooth 4.0 and Wi-Fi 802.11 a/b/g/n.

A post on the carrier’s official blog states that the Sprint LG Optimus G will go up for purchase through its stores and telesales service as well as online. The smartphone’s price amounts to $199.99 with a new two-year contract or upgrade and pre-orders are said to commence on Thursday, November 1, 2012. 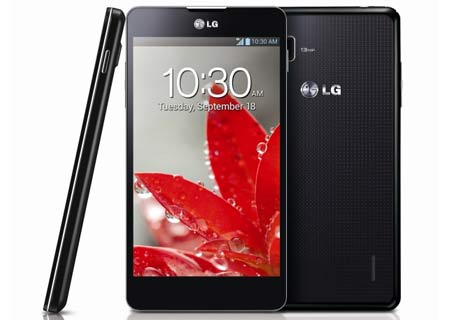