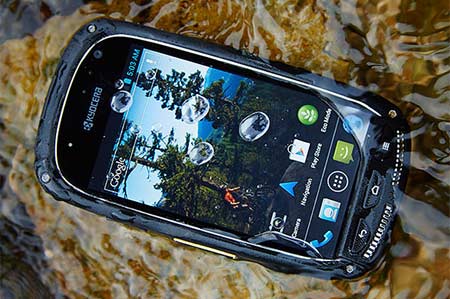 The Kyocera Torque got a rough release date set and the device is scheduled for a spring arrival on Sprint, while a price will be announced at a time closer to launch. The 4G LTE Android phone has been optimized for ultra-rugged use, although there is no mention of Gorilla glass guarding the screen. The 2500mAh battery is backed up by the company’s Eco Mode and MaxiMZR to extend life between charges.

The Torque will move over to Sprint’s 4G LTE network and will comply with IP67 standards for dust and water resistance, as well as the 810G military standard, being able to withstand winds, extreme temperatures and immersion in 1 meter of water for about 30 minutes. It has a 4-inch WVGA IPS touch screen with a resolution of 800 x 480 pixels and runs on Android Ice Cream Sandwich. 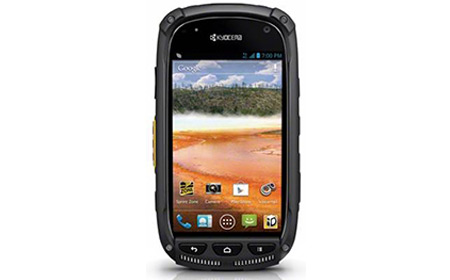 There’s a 5MP camera on the back and a 1.3MP snapper on the front, but the highlight is that the phone is able to latch on to the Sprint Direct Connect service. Hence it can take advantage of the carrier’s LTE network as well as its instant push-to-talk capabilities. In some ways, it bridges the gap between the Sonim XP Strike we saw recently and the Samsung Galaxy Xcover 2 which was officially unveiled last week.

The Android device will come with the company’s proprietary Smart Sonic Receiver technology which uses a ceramic actuator for better sound quality. Kyocera claims this allows audio to be transmitted to the user via two paths – one is the traditional sound waves while the other involves transmitting vibrations directly to the eardrum and inner ear via body tissue. 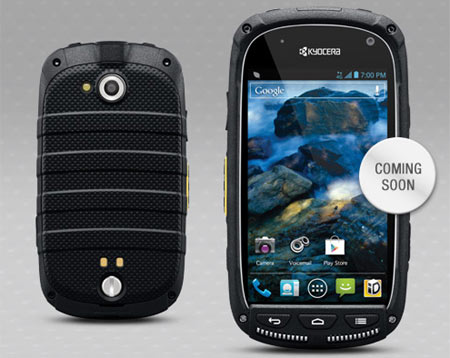 Pricing of the Kyocera Torque and exact availability should be announced sometime this quarter but as we’ve already mentioned, the device awaits a release this spring. It can even withstand a range of pressure conditions, heavy vibrations and up to 95 percent humidity for 10 straight days. It joins the Rise, a slide-out QWERTY handset and the Hydro, a spill and splash proof gadget.

Take a look at the phone’s specifications listed below.