Sprint has launched the Kyocera Kona feature phone for the visually impaired, which means it has been loaded with some very powerful text-to-speech functions. The handset is available for free after a $50 mail-in rebate with either a new line or an eligible upgrade with a service agreement of two years. As of now, the carrier is offering it through web and telesales and the device will hit the company-owned retail stores across the US on September 13.

It goes without saying that prospective customers will have to sign up for qualifying voice and data plans. The Kyocera Kona comes under the Sprint Unlimited Guarantee which promises to offer unlimited talk, text and data to subscribers who opt for the My Way plan for basic phones which requires them to pay $60 per month. Considering that it has been designed for the visually impaired, the flip handset boasts of employing a verbal translation feature that reads web browsing results out loud. Apart from this, the gadget uses text to speech function for text messages, menus, contacts, missed calls, notifications and more. 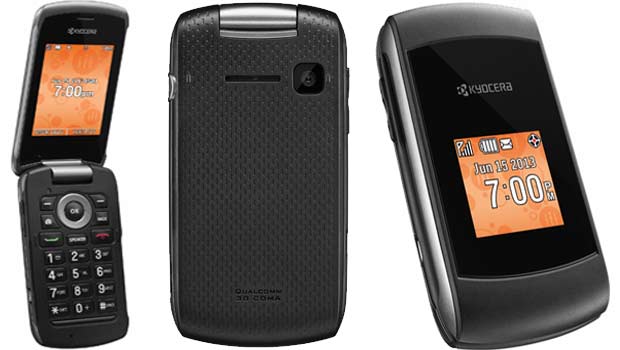 The CDMA2000 1X-Advanced flip phone with an alphanumeric keyboard is graced by a 2.4-inch QVGA TFT LCD internal color display as well as another 1.44-inch LCD TFT external screen. It is packed in a form factor measuring 3.94 x 2.05 x 0.68 inches and tips the scales at merely 3.7 ounces. Additionally, the Bluetooth-enabled handset is fitted with a 2MP camera with a dedicated button, a speakerphone and a 3.5mm headset jack amongst other things.

The Sprint Kyocera Kona can now be purchased through the carrier’s official website.