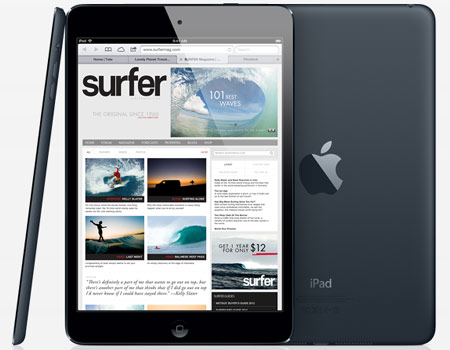 The recently unveiled iPad mini and the fourth generation iPad tablets’ release date through Sprint will most probably fall sometime in mid-November. The exact launch date has not been revealed, but Apple has announced that the cellular versions of these slates will start shipping a couple of weeks after the Wi-Fi models which will hit store shelves on November 2.

Both Apple tablets will be made available with a range of data plans and are compatible with the carrier’s 4G LTE network. The iPad mini is the first device from the company to sport a 7.9-inch IPS touchscreen that can render visuals in 1024 x 768p resolution. It measures merely 7.2mm in thickness and hides an A5 chipset under the hood in order to ensure multitasking on the move. It is equipped with a 5MP iSight primary camera and a 1.2MP front-facing webcam for FaceTime calls. This iOS 6-based compact slab has a nano SIM card slot as well as a Lightning connector, besides built-in Wi-Fi. 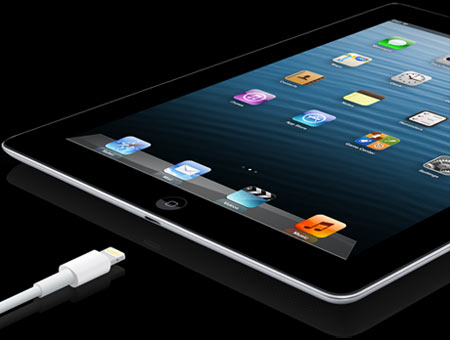 The new iPad sticks to the form factor adopted by its predecessors and offers a multi-touch real estate of 9.7 inches. Its Retina display delivers high definition images in 2048 x 1536p resolution. It is armed with a 5MP iSight camera and a 1.2MP front-mounted webcam along with a microSIM card slot. The Wi-Fi-certified device even features Bluetooth 4.0 and built-in GPS along with the integrated A6X processor.

Sprint has not mentioned the exact availability of the iPad mini and the fourth generation iPad, but these Apple tablets are expected to hit store shelves next month anyway. The 7.9-inch slab’s 16GB, 32GB and 64GB 3G versions cost $459, $559 and $659 respectively. The larger device’s 16GB, 32GB and 64GB cellular variants may set users back by $629, $729 and $829, correspondingly.