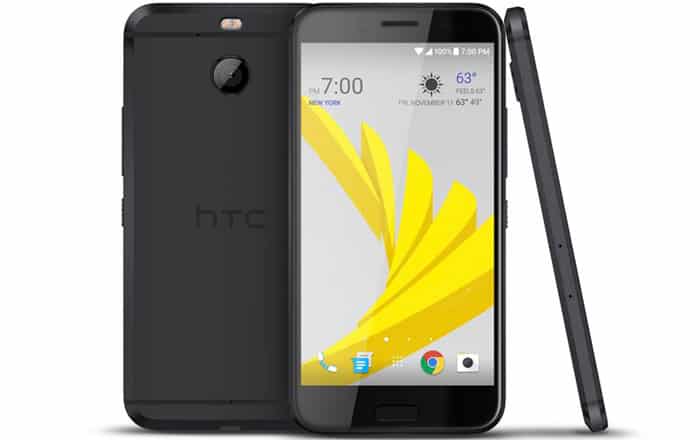 HTC’s officially come out with the Bolt in the US, tying up exclusively with Sprint to sell the handset in the country. The handset is meant to take advantage of the latter’s LTE Plus network thanks to the inclusion of support for 3x20MHz carrier aggregation courtesy Qualcomm’s X10 LTE modem.

With the launch of the HTC Bolt, the company has joined the likes of Apple and Motorola, both of which discarded the 3.5mm headphone jack in its flagship phones. Buyers of the new device will have to listen to music via the included BoomSound Adaptive Audio USB-C earphones. The accessories notably output 24-bit Hi-Res audio and adjust sound as per your hearing.

The Bolt’s design takes heavy inspiration from the brand’s own HTC 10. The former has a much larger footprint though, measuring 5.5-inch across with a QHD resolution. The all-metal phone further makes history as the first offering by the brand to feature water resistance. Its IP57 rating makes it dust and waterproof up to 1m underwater for 30 minutes.

The handset is also the first HTC phone to run Android 7.0 Nougat straight out of the gate. Other top highlights include a 16MP camera which has been furnished with OIS, PDAF, and 4K video recording support. The handset is powered by a Snapdragon 810 processor, an unusual decision given the norm to equip high-handsets with the more modern 820 SoC.

Check out the HTC Bolt’s specifications:

The HTC Bolt will set you back by $25/month for 24 months with a Sprint contract. It’s priced at $600 up front and can be bought here.