Just yesterday, we reported that Motorola plans to introduce a 64GB version of the Moto X, but that rumor was all but confirmed since there was only a leaked picture of the phone in the Moto Maker tool to go by. Well, we can now confirm that the device does exist and should go official soon – Special thanks to Sprint for goofing up.

Pocketnow managed to spot the handset on Sprint’s website whilst shopping for accessories for the Moto X. The device is clearly listed as a 64GB model and it’s also customizable. That’s about all the information the website provided, but the previous leak managed to reveal even more. The smartphone will be priced at $449.999, making it $50 more than the 32GB model. Also, there’s the possibility that other carriers might offer the handset. 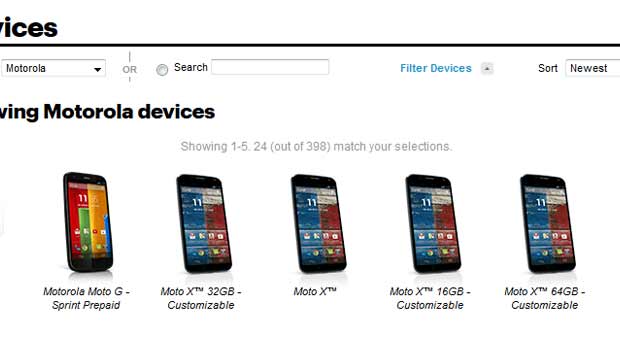 As you probably know, the Moto X has no microSD card slot and memory expansion is only possible via USB OTG. The extra hoarding space will definitely interest customers who need larger storage options. Like the Moto G and Moto E, the flagship phone has been quite a success in the global market especially India and the company is also working on a successor which goes by the moniker Moto X+1. Weird as the branding may be, the upcoming handset will have various high-end features including a 1080p display and a 2.3GHz Snapdragon chip.

Here’s a quick look at the phone’s specs: 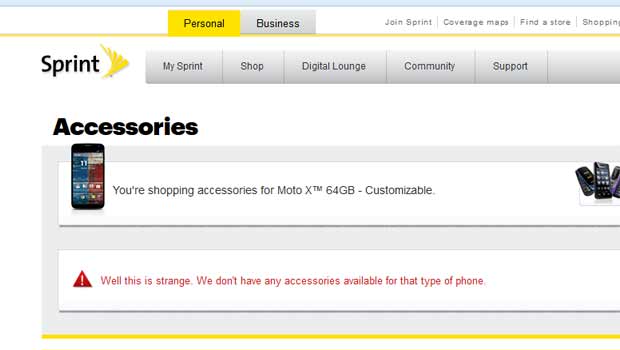 As mentioned above, the 64GB Moto X could be just days away from going official, so stay tuned.