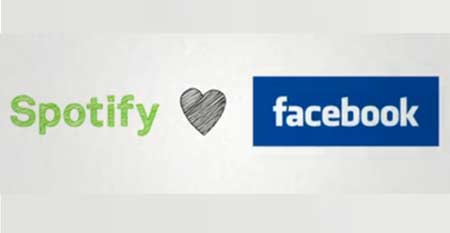 Along with Netflix, Facebook has also teamed up with Spotify to make enjoying music a social experience to facilitate sharing tracks through accounts on the social networking website, informs the Spotify blog. Rumors which were making rounds a couple of days back regarding the launch of media platform on Facebook turned out to be true after all.

The collaboration of this next generation music service with Facebook was announced at the Facebook f8 developer conference held at San Francisco. The service which claims to ‘give a new soundtrack to the social life’ will help users to post music to their profiles. These posts will also sport a play button allowing visitors to simply click it and start listening to the track.

Facebook has also added a new Music Dashboard to notify users about their friends’ music. In addition to this dashboard, the recently included ticker will also inform about the music which is shared on the wall. With the integration, Spotify looks forward to offer more free music without any hassle.

Through this association, users could skim through their friends’ music collections and discover new tracks. Another advantage is that of expressing oneself through music. Spotify touts to have more than 400 million playlists created by its members. The blog says members who are connected to Facebook are more social and listen to more music compared to others.

The Spotify music service is now available on Facebook while updates will appear on user profiles and ticker. Sounds like this integration will make for an interesting feature on the social networking portal.