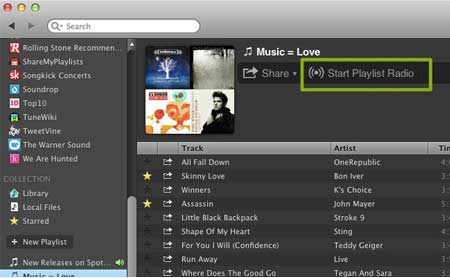 The latest update to the Spotify for Windows and Mac OS application is the reason why the music streaming service is making news again. Just recently, the company released the iPad version of this software, which is especially optimized to make the most of the Apple tablet’s display.

The version 0.8.3 of Spotify is now available with some upgrades and fresh features, reports the official Spotify blog. First up is the radio function which allows users to listen to a station that plays songs based on their choice. By clicking on the tab that says ‘start playlist radio’ or ‘start album radio,’ subscribers can continue listening to tracks similar to the song or album they selected. Moreover, the instant search feature should simplify searching as the results will be displayed on the main menu as soon as the mouse is hovered over one of them in the drop-down suggestion list. 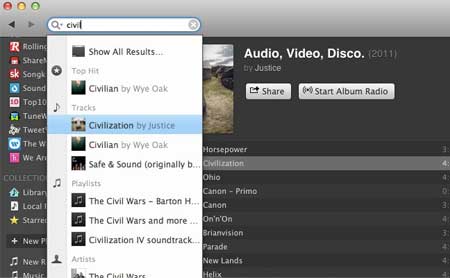 The designers of the application have added another attribute to the web version that enables acquiring the HTML codes for posting songs onto a blog or a website. A right-click on a track, a playlist or an album gives the ‘copy embed code’ option which can then be pasted to embed the Spotify Play Buttons on the website. Also, the Tumblr integration in the app facilitates direct sharing of the required content. While sharing the music, users will get a short Spoti.fi Twitter link too.

The company has already started rolling out the updates to subscribers of the Spotify for Windows and Mac OS application. The new version can also be downloaded through the official website.