SplitFish’s FragFX Game Controller for the PS3 to debut; will bring PC style gaming back in fashion 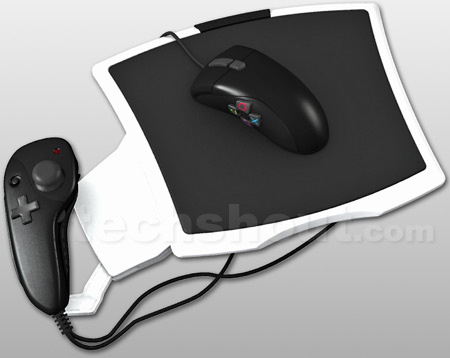 Are you missing playing games on your PC now that you have been sucked into the PS3 gamers’ haze? Well, then read on because SplitFish GameWare has announced its plans to unveil the FragFX game controller for the PS3 computer entertainment system. The FragFX game controller, which has yet a patent pending before it reaches the public, features a separate right hand mouse controller and a detachable left hand grip controller.

The FragFX game controller seems to be perfect for experiencing the traditional PC mouse and keyboard style gameplay especially of shooter games in a console environment.

The key features of the FragFX game controller are:

According to Cisco Schipperheijn, CEO, SplitFish, “For years, first person shooter players have had less than an optimum experience when playing on a console. SplitFish’s FragFX brings PC-like movement, precision and performance to the console FPS. The mouse in combination with the FragChuck is a huge advancement in pushing the limits of immersive game play.”

SplitFish’s FragFX provides universal game support, and will be shipped next month in April. The wired version of FragFX will sell for $59.99 (Rs.2700), and later on the Bluetooth wireless version will debut for a price of $69.99 (Rs.3150).