Google’s Android One program now has a fourth smartphone to boast of, even as Spice has just gone on to unveil the its new Dream Uno H which has its focus set on catering to the Hindi-speaking people in India. Priced at Rs 6499, this device is exactly the same if compared to other Android One devices hardware-wise, but it bears software features that make it unique. 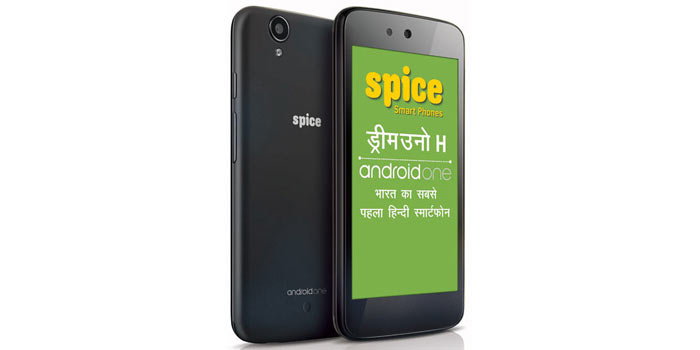 This Spice smartphone features on it a 4.5-inch IPS display which bears an FWVGA resolution of 480 x 854 pixels. It runs on 1.3GH quad core Mediatek MT6582 processor which is backed by 1GB worth of RAM. 4GB of storage is offered by this handset, apart from a microSD card slot with support for 32GB of additional space.

Imaging and video shooting abilities are given to the Dream Uno H by its 5MP rear shooter and its 2MP front camera. There’s a 1700mAh battery present on this smartphone as well, aside from FM radio support and other basic connectivity options.

A quick glance at the specs of the Spice Dream Uno H:

The Spice Dream Uno H will be released through online as well as offline retail channels, and will have its cost set at Rs 6499.