Spice tries its hand at an iPhone 6 Plus clone, creates a weird-looking smartphone instead

Spice is close to releasing a new phablet in India under the Mi 549 moniker and as usual, the device has been listed at an online retailer ahead of its official launch, if it even gets one. Quite surprisingly, the handset has taken quite a few design cues from the iPhone 6 Plus.

You’ll certainly say that the Spice Mi 549 is a poor attempt to clone the Apple smartphone. And the outcome is somewhat of a weird-looking device, especially the rear panel which is of course made from plastic and flaunts two darker shaded strips like on the new iPhone. 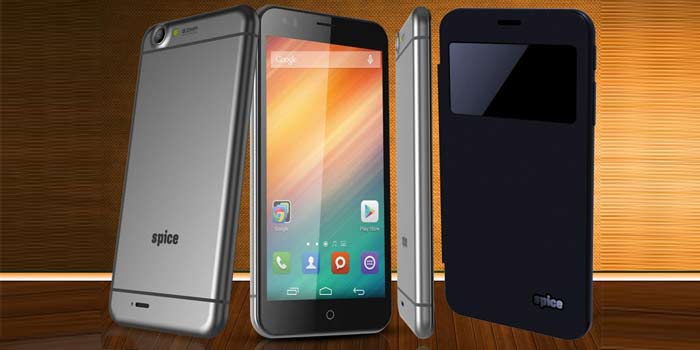 Like we mentioned above, the upcoming release is a phablet and it carries a 5.5-inch display which is said to proffer visuals at 1920 x 1080 pixels. The screen resolution doesn’t look accurate to us mainly because the phone is priced at just Rs 7999 on HomeShop18 which would make it the cheapest full HD handset on the market.

Either the display details are incorrect or the retailer has the amount listed wrong. Additionally, the handset is powered by a 1.3GHz quad core processor and it runs on Android 4.4 KitKat. A 2200mAh battery gets things up and running and is capable of delivering a mere 4 hours of talk time on a single charge.

The Spice Mi 549 is currently listed as out of stock on HomeShop18 and the aforementioned details including the price are likely to change when the handset goes up for grabs. There’s no word on availability as yet.