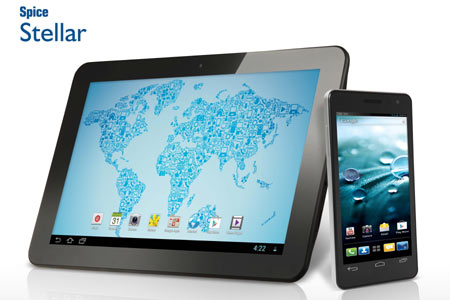 The prices for the Spice Stellar Virtuoso and the Stellar Pad have been announced as the devices officially join the company’s intergalactic range. The former is a dual SIM smartphone running Android Ice Cream Sandwich, while the latter is a Jelly Bean tablet with a rather large battery.

The Stellar Virtuoso, which also goes by the tag Mi-495, sports a 4.5-inch qHD OGS capacitive touch screen with a resolution of 960 x 540 pixels. It has an 8MP primary camera with auto focus and a 1.3MP front-facing webcam which comes to the fore for video calling. Other interesting features include Bluetooth 4.0, Wi-Fi and Wi-Fi tethering as well as support for HSPA. 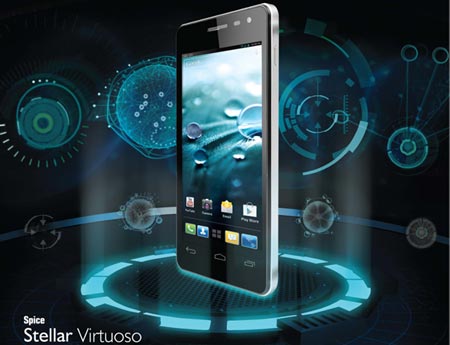 For all the high-end specs of which it boasts, the smartphone comes with the now waning ICS platform and a 1700mAh battery which can be seen as not that big. A 4GB ROM and the memory expandability of up to 32GB definitely help, but RAM is capped at 512MB and the 1GHz processor is only a dual core chip. At 9.4mm thick, the company claims it is the slimmest smartphone from any Indian brand.

The Stellar Pad on the other hand ships with Android 4.1 (Jelly Bean) and a 16GB ROM backed up by 1GB of RAM. Among its other key features are 10-point touch, up to 32GB of expandable storage and a 7600mAh battery, which the company claims is the most powerful in the industry. A 10.1-inch IPS display with a resolution of 1280 x 800 pixels brings out visuals. 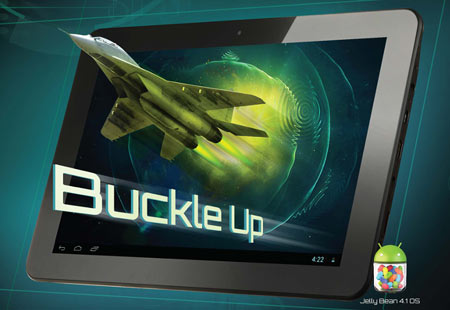 This one packs a 1.5GHz dual core processor with a quad core graphics solution for visually demanding tasks. It also comes with Wi-Fi support and HDMI output as well as a 3D G-sensor. Its large battery, it is claimed, can push it on for about 15 days in standby mode and deliver 6 hours of video playback on a single charge.

For now, the Spice Stellar Virtuoso Mi-495 is available online exclusively at Saholic, where it sells for Rs. 10,499. It can also be picked up from various retail outlets across the country. The Stellar Pad can be purchased for Rs. 12,999, although it isn’t being offered by any e-retailers yet. The smartphone comes with a free leather cover and screen guard worth Rs. 1,000 and with the tablet, users will get a free leather cover (which would otherwise cost Rs. 2,000) as well as a USB ‘on-the-go’ cable.