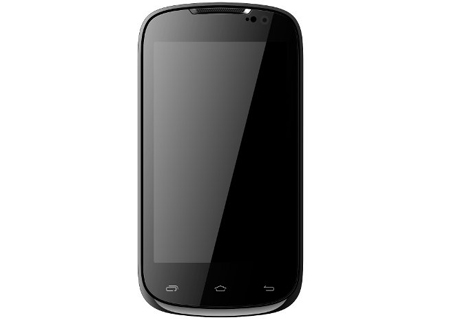 The Spice Stellar Nhance Mi-435 has been made available online via e-retailers in India and the seemingly mid-range device comes bringing several nice features well above its price so to speak. Just recently another one of the company’s handsets – the Mi-530 – got a similar reveal for the country, bringing a 1.2GHz chip and an 8MP imaging sensor.

The Mi-435 comes with a 4-inch TFT LCD touch screen display which can throw at users, images and video at a modest resolution of 800 x 480 pixels. Now this might not seem like all that much, but considering the tag attached to the device, it definitely appears to be value for money. The phone comes with the capable Android Ice Cream Sandwich platform.

512MB of RAM finds its way into the handset, while 4GB worth of internal memory has been provided. Of this though, only 2GB is accessible to the user, but it can be expanded via a microSD card up to 32GB, if that much storage is needed. A 1GHz dual core Qualcomm Snapdragon processor and an Adreno 203 GPU round up the internal operation control units. 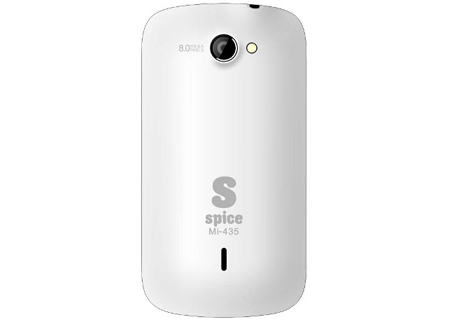 The camera on the rear is capable of fairly high quality shots with its 8MP CMOS sensor and LED flash. There’s also a 1.3MP front-facing web cam for video conferencing over 3G networks. Other connectivity options available to users include Wi-Fi and Bluetooth 3.0, and there is even A-GPS for tracking and mapping convenience.

The handset is listed online as capable of taking two SIM cards simultaneously and can work in dual standby mode. Something that may be seen as a negative step taken by the manufacturer is that a Li-ion battery of 1500mAh capacity has been included in the spec sheet. This seems too low a value, especially with apps using as much of it as they do.

The Spice Stellar Nhance Mi-435 is now available in the country and can be purchased on Saholic at a discounted rate of Rs. 7,199. This is 29 percent off, down from an MSRP of Rs. 10,099. It comes in just a black color option. 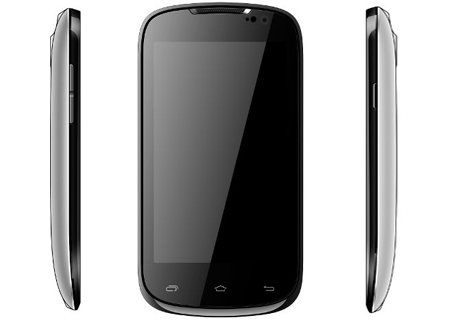