The Spice Stellar Mi-445 smartphone has gone official in India carrying a price tag of a little over Rs 5000 and some lackluster specs except for one. The last mentioned has to do with its quad core Qualcomm processor hiding under the hood which justifies the cost. It also features Android 4.3 Jelly Bean which is a bit disappointing considering that even cheaper phones come with 4.4 KitKat.

The Spice Stellar Mi-445 is a 3G enabled device and obviously, it comes with dual SIM card slots as well, both supporting GSM networks. As mentioned above, there’s a 1.2GHz quad core processor onboard and it’s most likely the Snapdragon 200 considering the price. The handset comes with a 4-inch WVGA touchscreen and a 1.3MP camera on the front. 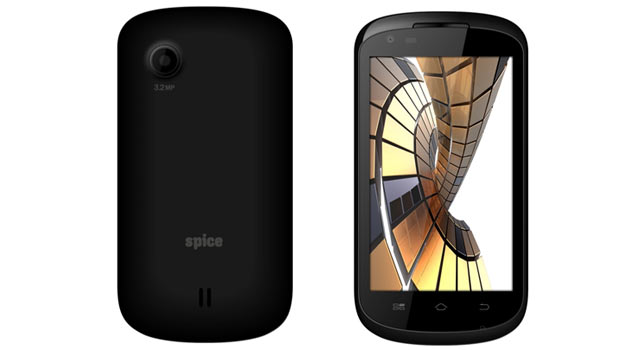 On the rear, there’s a 3.2MP snapper, but no LED flash. For memory, 4GB of internal storage, 512MB of RAM and a microSD card slot has been provided. Spice is offering the usual set of freebies including 2GB of free cloud storage and preloaded apps such as WhatsApp and Facebook amongst others. And like the Unite series from Micromax, the phone comes with support for multiple Indian languages.

Spice’s website has listed the Stellar Mi-445 at Rs 6249, but it will go on sale for much lesser, Rs 5299. The device will be available through retail outlets by the end of this week.