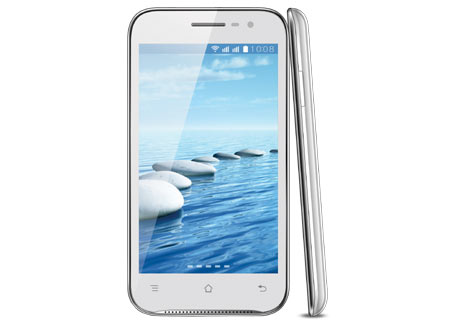 Spice has unveiled its latest offering, the Stellar Horizon Pro Mi 505 in India which touts a good deal of features clubbed together with a budget minded price tag. The handset is said to be the successor of the Mi 500 that went official back in September of 2012.

Even though the Spice Stellar Horizon Pro Mi 505 has recently been unveiled, the company has chosen the Android 4.0 Ice Cream Sandwich platform to run the show. Well, by the looks of the hardware components employed, the device is more than capable of running a newer version of Google’s mobile platform, but it’s up to the company whether or not the phone gets updated. On the bright side, the majority of applications are still compatible with the aged OS. 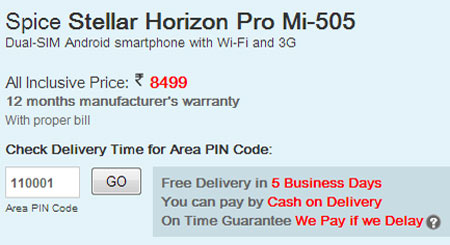 Like in most affordable devices, dual SIM card slots are of prime importance, taking into consideration the market being catered to. Here, users will be able to thrown in two 3G enabled cards for quick data speeds when Wi-Fi isn’t available. Doing all the heavy lifting is a dual core 1GHz processor that’s accompanied by 512MB of RAM. Storage needs are in the hands of 4GB integrated memory. For higher hoarding needs, a microSD card slot supporting expandability by up to 32GB has been supplied as well.

The Spice Mi 505 is 9.6mm thin and it manages to carry a large capacitive display that measures 5 inches wide. The touch panel portrays visuals at WVGA 480 x 800p resolution like the Galaxy Grand’s screen. To keep users entertained, a 5MP camera can be found on the rear with dual LED flash. Preloaded with the handset are applications such as WhatsApp and Netquin antivirus amongst others. Lastly, delivering the juice is a 2100mAh Li-ion battery which aims to provide at least 4 hours of talktime or a standby of around 200 hours. 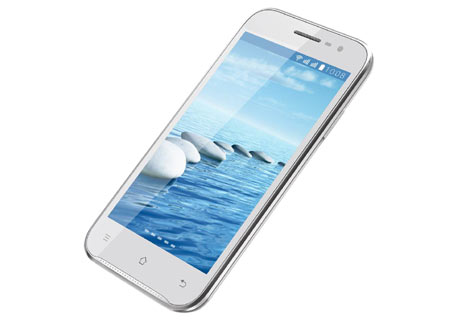 The Spice Stellar Horizon Pro Mi-505 is available in India through Saholic and other retailers for a price of Rs. 8,499. The company is offering it with a leather cover and a screen guard which retail for Rs. 500.