Spice has introduced two new Stellar smartphones for the Indian market, the 520 and 526, both offering mid-range specs for very attractive prices which start at Rs 8999. What’s more, the handsets are packed with Android 4.4 and will join the company’s KitKat lineup which includes the Stellar 600 phablet.

The Spice Stellar 526 is the higher-end of the two smartphones. It packs a 5-inch 720p HD display and is on the slim side measuring 8.3mm thick, but weighs more than average at 162 grams. The phone is deployed with a hexa core processor clocked at 1.5GHz which is obviously from MediaTek based on the Cortex A7. 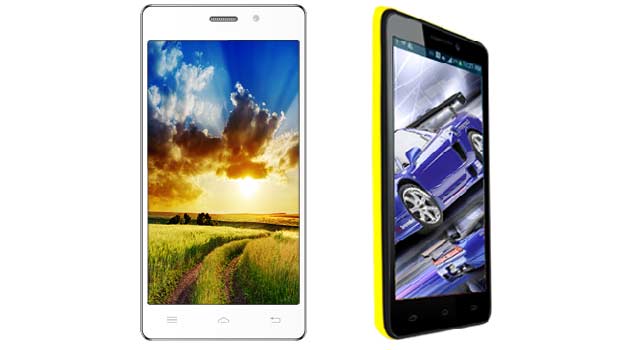 The company has also thrown in its Clear Motion technology which enables smooth FHD video playback at 60 fps. Dual cameras are fitted on this handset and are accompanied by software features such as Live Camera Mode, Object Tracking, Zero Shutter Delay and more. A 3.2MP snapper is on the front and an 8MP lens in on the rear.

Other features of the phone include 8GB of internal storage and 1GB of RAM. Coming to the Spice Stellar 520, this handset is quite similar to the 526, but comes in attractive colors. The device has the same 5-inch HD display, but a 1.3GHz quad core processor. A few other components have also been downgraded.

Keys specs of the Spice Stellar 520:

The aforementioned Rs 8999 price is for the Spice Stellar 520, while the 526 model will retail for 11499. Both phones are expected to go on sale in the next few days.

Facebook
Twitter
Pinterest
Linkedin
ReddIt
Tumblr
Flip
Previous article
Updated Huawei Honor 6 to come with 4GB of RAM?
Next article
HTC One Remix is nothing but the mini 2 with Verizon logos on it, hits US today