After launching a trio of affordable entry-level KitKat phones earlier this week, Spice is looking to introduced another handset under the Stellar 524 name which caters to the mid-range segment. The new device costs Rs 8899 and it comes with the usual set of components and a couple of great features.

At the said price, the Spice Stellar 524 basically goes up against the Karbonn Titanium S19 as they both offer almost identical hardware. The handset in question delivers visuals in 1280 x 720 pixel resolution via a 5-inch IPS LCD and it packs a high resolution rear camera of 13MP. 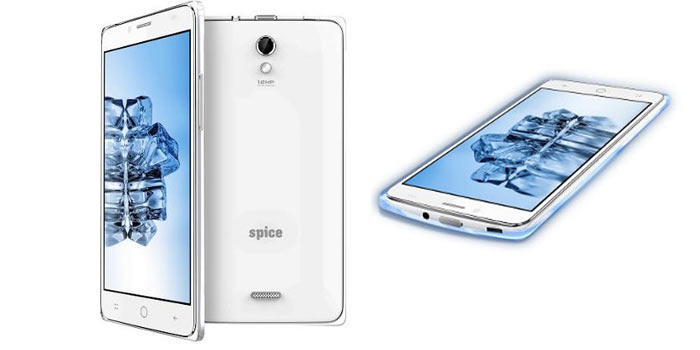 There’s an LED flash onboard as well. And while the latter packs a 5MP secondary snapper, the former device has a smaller front-facing sensor of 3.2MP. processing power here comes from the same SOC you’ll find in the Android One phones, a quad core Cortex A7 cocked at 1.3GHz with Mali 400 graphics.

And where memory is concerned, Spice has thrown in an entire gigabyte of RAM, 8GB of storage and a microSD card slot which supports up to 32GB. The phone is dual SIM enabled and powered by a 2000mAh cell.

Spice Stellar 524 specs at a glance:

Spice is yet to officially launch the Stellar 524 smartphone, but online retailer Saholic is currently offering it for purchase in white. We should see the phone reach other e-commerce websites in the coming days.