The Spice Stellar 518 smartphone was launched towards the end of last year touting a huge battery. The phone was then priced at around Rs 7799 and is now being re-introduced into the market at just Rs 4999. That’s a drop of Rs 2800 in its retail tag which is pretty nice.

However, the company hasn’t changed anything on the Spice Stellar 518 which means that it still offers the same old mediocre features. For the amount being asked, we expect nothing more than entry-level hardware and the 4000mAh battery is certainly the icing on the cake, but the software is pretty outdated.

The Spice phone still runs Android 4.4 KitKat with no word of an update to Lollipop. Android 5.0 can be found on most new phones and this takes away a lot of the handset’s appeal. We also don’t even know what battery life can be derived through the large power pack. 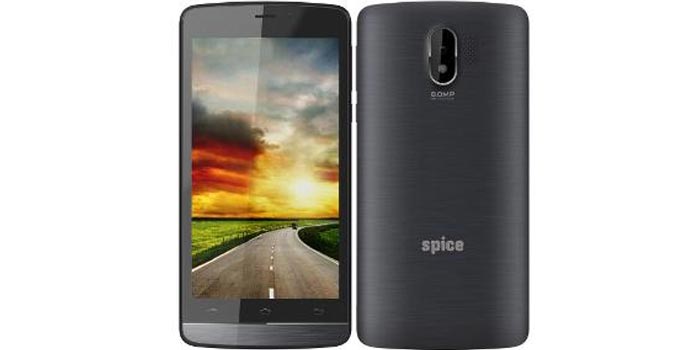 The Spice Stellar 518 offers a 5-inch display with FWVGA resolution and is powered by a 1.3GHz quad core processor from MediaTek. For memory, 1GB of RAM has been included along with 8GB of expandable storage. Coming to the cameras, there’s an 8MP shooter on the rear and a 1.3MP snapper on the front.

HomeShop18 currently holds exclusivity over the Spice Stellar 518 at Rs 4999 and is throwing in various freebies including a protective flip case. Other ecommerce companies are offering the handset too, but with higher retail tags.