The Spice Smart Flo Pace 3 Mi-502n Android-based phablet that plays successor to the first and second generation phones from the series, has arrived in India with an affordable price tag. Only recently, the company had introduced a new mid-range member in its Pinnacle lineup of gadgets and now it has an entry-level phone up its sleeve for interested customers in the country.

Outfitted with a 5-inch WVGA capacitive TFT LCD touchscreen, the device manages to render visuals in 800 x 480p resolution and supports some essential sensors. Images and videos can be captured using its 8MP camera with LED flash, digital zoom, night vision and other attributes, while prospective users can make face-to-face conferencing calls over the web using a 1.3MP front-mounted snapper. 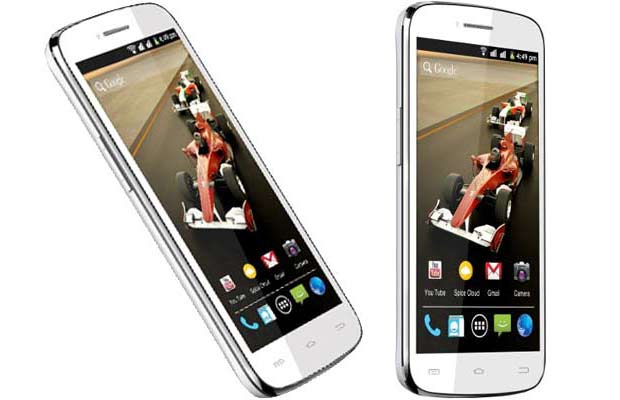 The device is crammed into an enclosure that measures 148.5 x 78.9 x 10.4 millimeters and tips the scales at around 190 grams. Within the confines of the stylish exterior, a dual core processor sprinting at 1.3GHz resides along with 512MB of RAM and a 2100mAh battery. Its 4GB of internal memory could be insufficient. Thus, a microSD expansion bay has been carved into the smartphone for increasing the storage by up to 32GB.

Furthermore, the handset has acquired a certification from Google and makes the most of the Jelly Bean 4.2 OS. You can insert two SIM cards in the dedicated dual slots, but it is not compatible with 3G networks. For faster internet access, users can connect it to hotpsots using built-in Wi-Fi. Bluetooth 4.0, FM radio, a 3.5mm jack and a USB port are just some of the other things you will find in it.

The Spice Smart Flo Pace 3 has been priced at Rs 7,499 and will soon be made available through Saholic and other leading retailers.